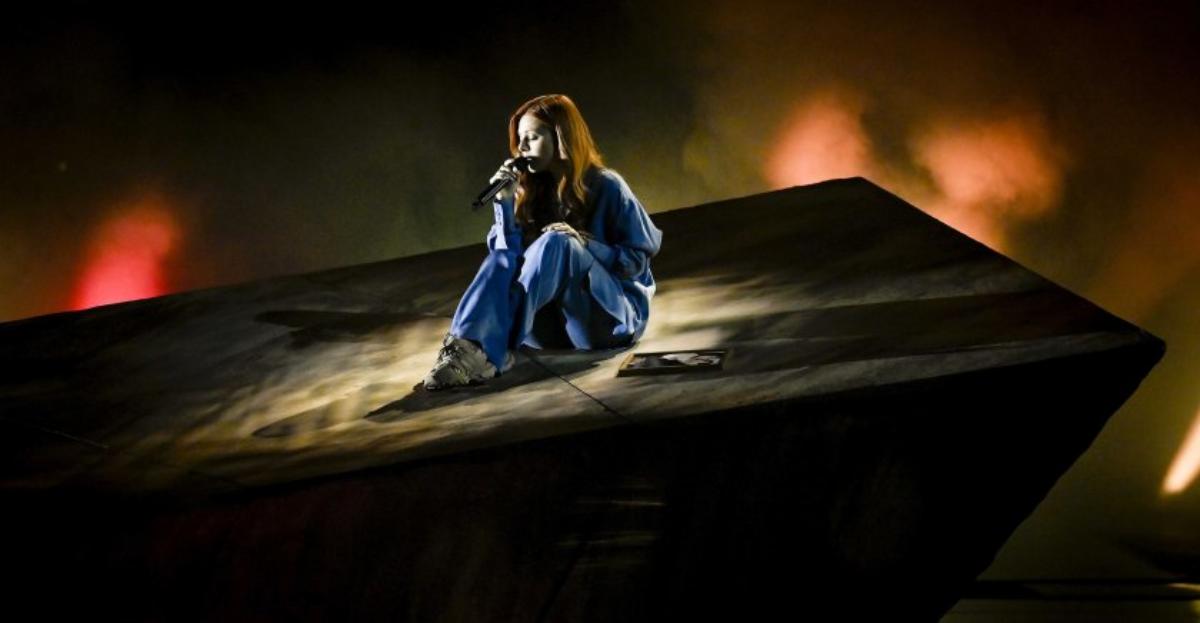 The post-Eurovision day is always a day with a very unique feel to it. Eurovision is over and my mind keeps going back to the events of last night (and week). Usually on this day I don’t get the optimal amount of sleep so my head feels weird. Add to that a Formula 1 race, and you get a recipe for a day in which it is very hard to focus on anything too productive.

It’s like a hangover even if I haven’t actually had any alcohol. The thinking back to the previous events and having a weird feeling in the head are all there. My head is a mess filled with sadness that the contest is over, thinking back to the previous few weeks of rehearsals and live shows, and months of national finals. I want it to continue and I hate thinking about how next week is going to be without an ESC show. Then there is sadness about the results of my favorites, even though through the years I’ve stopped giving too much importance to the results. Still, there will always be a few things about the results that will bother my heart and that’s just an inescapable fact.

It feels like a dawn that lasts an entire day, because while one Eurovision edition is over and I have to say goodbye to the current edition and participants, there are already some first news related to the 2022 edition.

And the 2022 edition will be held in Italy. Last night it kinda felt like this moment of Italy winning was supposed to be a much happier moment after years of supporting them so hard and wanting their entries to win. The victory happened the one time I didn’t put the Italian flag to my Twitter display name, because I liked the other entries more.

Today is a new day and the fact that Italy is a Eurovision winner and the host of the next contest is slowly kicking in. And I love this fact. The thought of a Eurovision in Italy is a great thought. The new 2022 logo with the Italian flag is beautiful. The reactions of the Italian people make me feel happy for them. How can I not be happy for a country that brought me so much joy through the years? How can I not look forward to a contest held there?

With that being said, I supported Bulgaria. It’s a really impactful and touching song that has made a mark on my heart. This was made especially strong in the last couple of weeks when I was realizing that my time in education could very well be coming to an end. I ended up crying my eyes to it for this reason. Speaking of which, the Eurovision week has also been my final week of classes at this university. And on Friday during the very last classes, Bulgaria was the song playing in my head so it was emotional.

I was preparing for a Bulgaria robbery seeing how it’s not been much of a favorite to win, the chart performance hasn’t been amazing, nor were the YouTube views. It was looking a lot like a repeat of 2016 when I was very attached to a certain entry and was left extremely sad and disappointed when it only came “sweet sixteenth”. And I have no idea why I just referenced Portugal’s entry but whatever, I’m sorry.

In any case I was ready for the robbery. And while anything not top #1 is probably a robbery for Bulgaria, 11th place is close to what I would consider satisfying, which was a top 10 result. It’s even tied with Greece for 10th place so you could still stretch it and say it’s a top 10 result. I guess I’ll take that. I’m proud of Victoria and her performance, and thankful for the song(s) and that she has chosen to sing this very song at ESC. That was another case in which MK didn’t agree with the fan favorite choice, because most people seemed to have wanted Victoria to send Imaginary Friend. And then there was me wishing either for The Funeral Song or Growing Up Is Getting Old.

I also really liked Norway. It was a happy night when Norway ended up choosing between Keiino and Tix, because both of them were literally my favorites in their selection, so either outcome would’ve been good for me. It turns out Norway was the final qualifier in its semi, with Croatia, my official country right behind it. It’s weird that Croatia has qualified with both the televote and juries but still didn’t make it through, but if it did qualify and Norway didn’t, I’d be sad to see Norway left in the semi final and I would literally lose two thirds of my top 3 in one semi final.

Two thirds because in the same semi-final I lost Ireland. In terms of pure plays of the song, it is probably my absolute winner this year. What can I say, it simply makes me happy and gives me good vibes whenever I listen to it. The performance and the idea were unique, but I recognize that it just didn’t end up working for whatever reason, and I can’t even complain too much about it not qualifying because of the vocals. But I still retain the right to be sad that it had to come last in the semi. It’s so much better than last place in a semi. Both the song and the staging idea.

I’ll also give a mention to Ukraine. I already really liked the song when listening to the first version of Shum. Then when the Eurovision version was released, I felt like it was a downgrade. After seeing the performance, I really don’t care anymore. The performance may even be my favorite in this year’s contest, at least in the sense that it strongly elevated what was already a really good song. I found it hard to stop rewatching it on the Wednesday after the first semi. I am happy to see Ukraine get such a strong televote and overall result.

I really felt for all those artists who received the 0 points. And I’m impressed and happy with the way James Newman reacted to it, and the way that similar mood carried over to the other 0 points “receivers”. I hope they all realize that there are people who appreciate what they brought to the contest. Jeangu was at my very top last year and this year I really liked and appreciated the energy of his entry. Jendrik, somewhat surprisingly, was the rare entry my mother was positive about. The only other entry she seemed to like was Norway.

I was surprised that San Marino only qualified in 9th place and had such a weak televote result. I definitely expected the presence of Flo Rida to have a bigger effect on the televote result. Nonetheless it was still surreal to have such an artist at Eurovision. And for San Marino out of all countries. I wonder if countries will surprise us in similar ways in the future.

Now when Eurovision is over I should really get on with my university related tasks. It feels empty without any upcoming Eurovision shows, but my solution to that is focusing on my other passions. There is an interesting F1 season going on. And ofcourse, a lot of great anime yet to be watched.