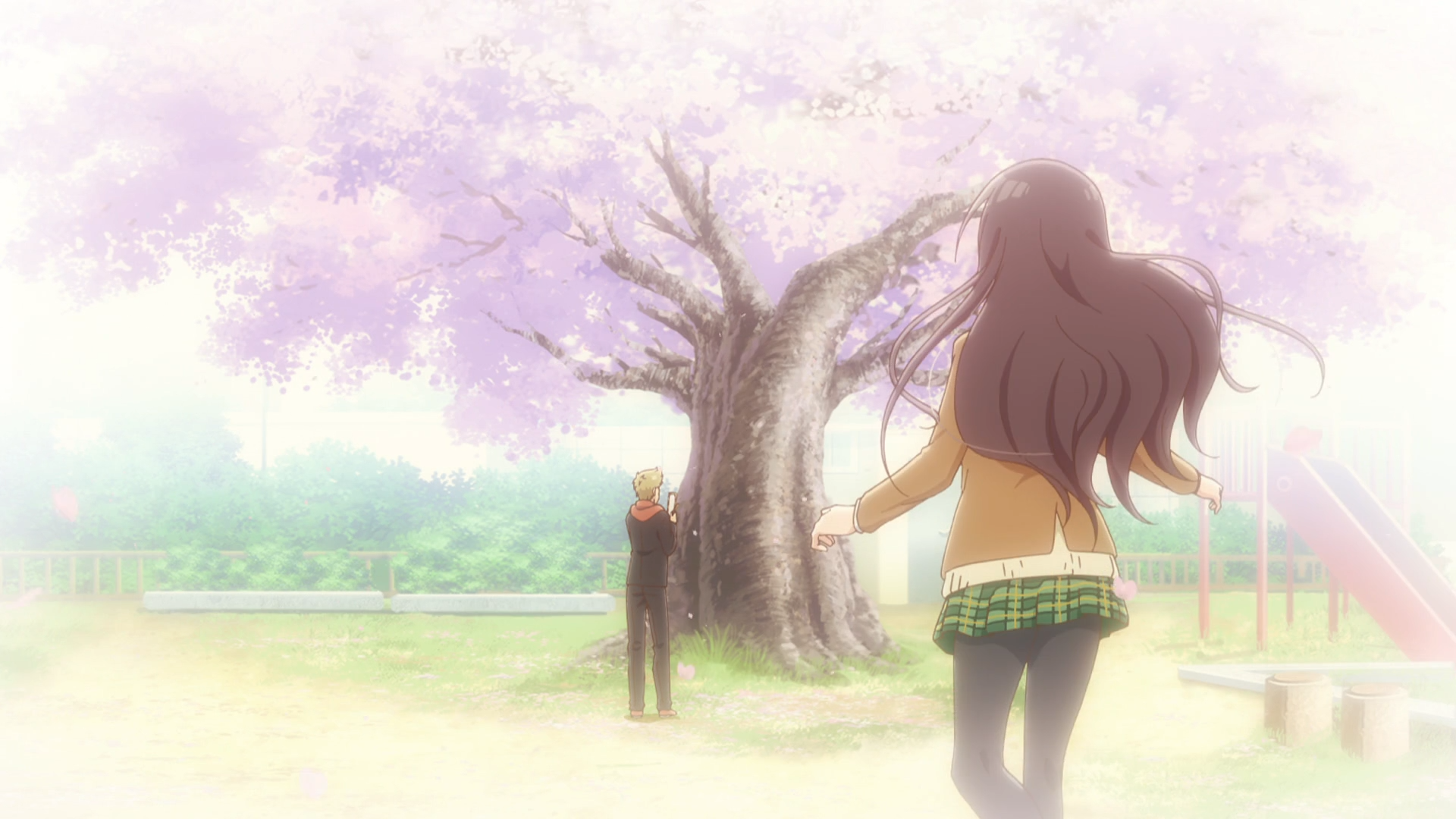 Has it ever happened to you?

You start an anime, you have fun with it, but it ends very quickly.

So quickly, that you feel as if time has doubled its speed.

Was it such an enjoyable episode that you lost your sense of time?

But then you realize the episode was actually just 12 minutes long.

You started a short anime without knowing it. I guess 12 minutes per episode does count as a short anime, does it?

If so, this will be my second short anime after finishing Oshiete Galko-chan last summer.

So bad, that she writes senryuu (a type of haiku) poems to communicate with people.

She is in the Literature club with Busujima Eiji, who gives off an intimidating vibe to those around him.

But why would someone like Eiji be in the Literature club? Because he feels like it’s a good way to let his frustration out.

It’s certainly much better than bullying others… 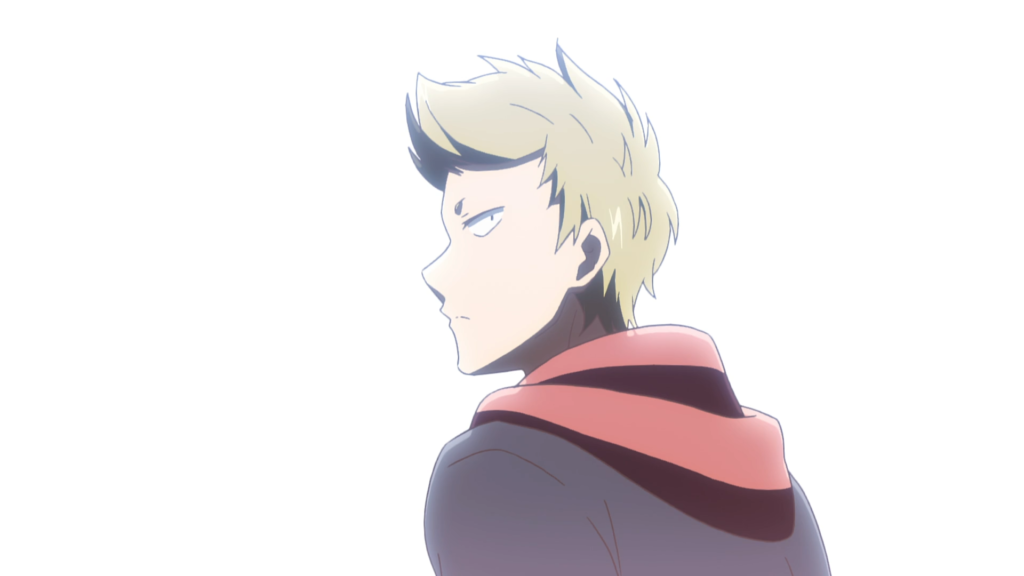 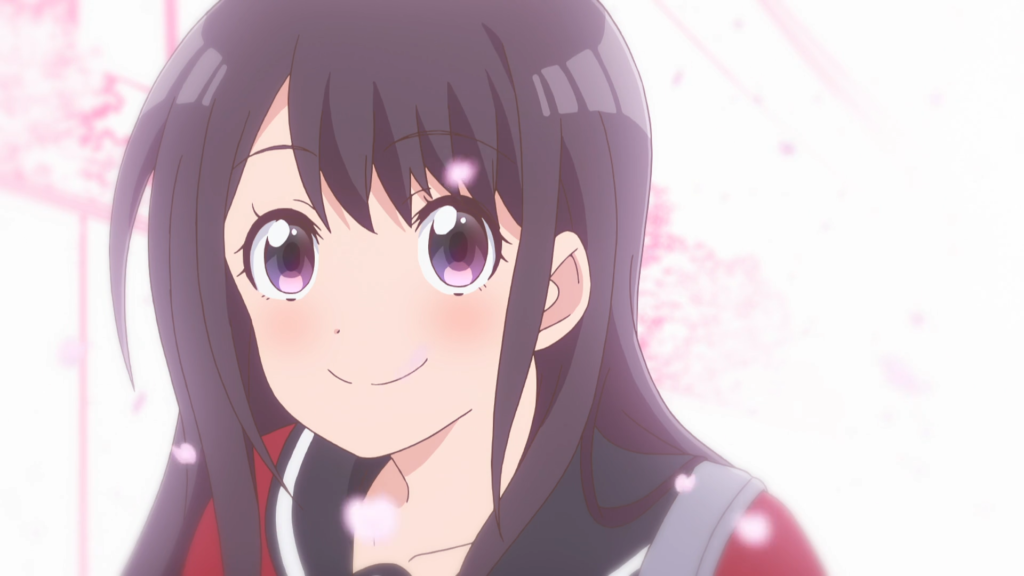 This is for sure one interesting anime.

A character writing down sentences to communicate gives me A Silent Voice vibes.

It doesn’t make much sense to talk about realism here, but I highly doubt Nanako’s way of communication would be as widely accepted in real life as is in this anime.

And the speed at which Nanako writes her sentences is incredible. I’m sure she would be the Guiness World Record holder for the fastest writer.

In any case Nanako is really cute. And she has her own blog so yay there is one similarity there.

I’m just a bit confused with her domain… OXA? 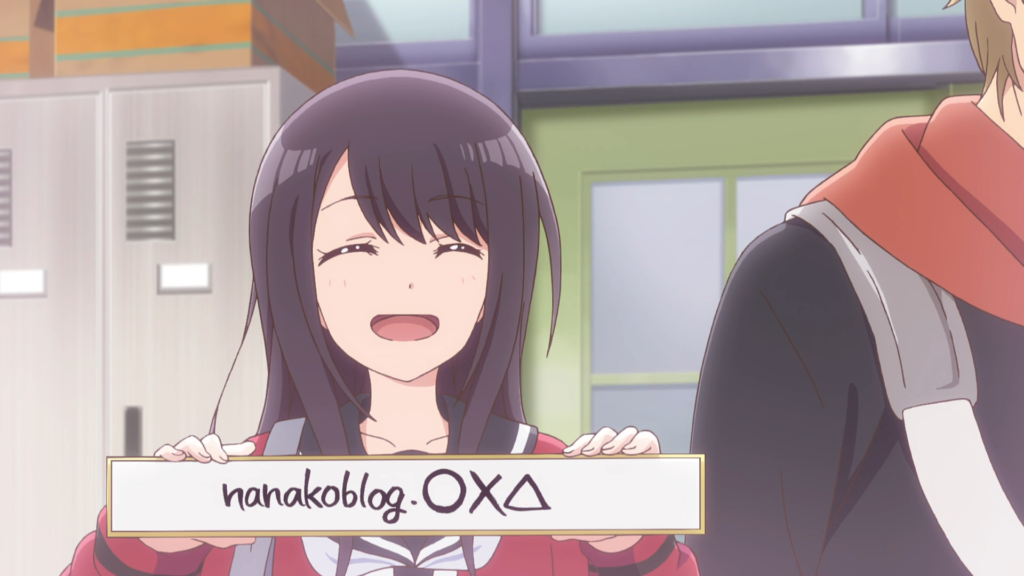 It seems that Eiji was a bully at one point but now he wants to change by writing down his feelings instead of lashing them out on others. Gonna be some good character development there.

Episode 1 was really just an introduction to the characters. Not many actual “plot-moving” events have happened.

Still, I think this will be worth the watch. It’s unique in its own way, I really wonder where will the anime take this senryuu concept.

I’m liking the artstyle. And I always enjoy scenes like these, with a minimalistic, monochrome background. Is that the right way to describe it? 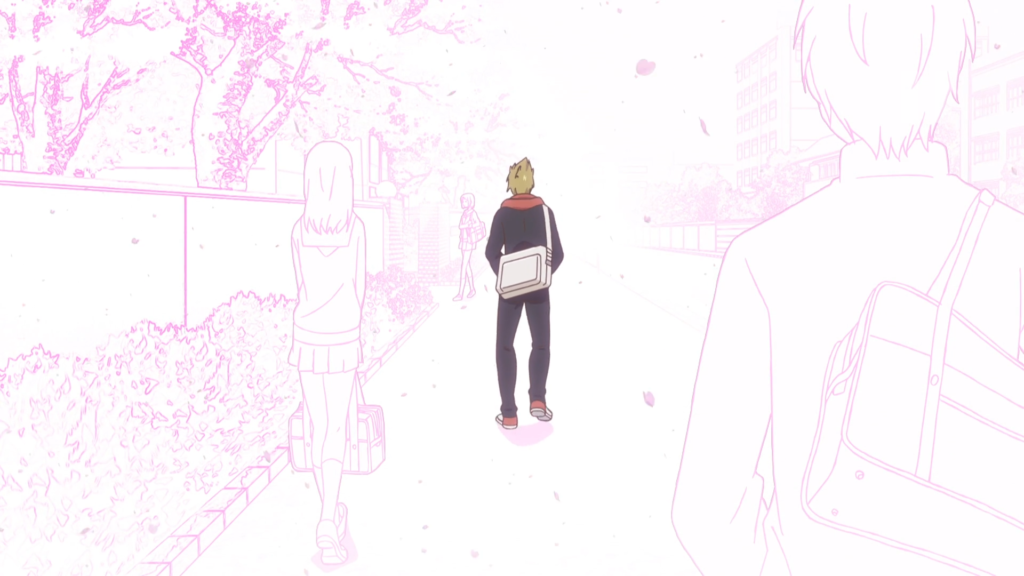 When it comes to the sound, the ending song is beautiful. And Nanako is voiced by Kana Hanazawa who always gives off that lovely energetic feel to a character.

Not sure what else to say. Give it a try if you want something fun and different, it’s only 12 minutes per episode anyway.

And if you have already given it a try, please let me know your thoughts in the comments!