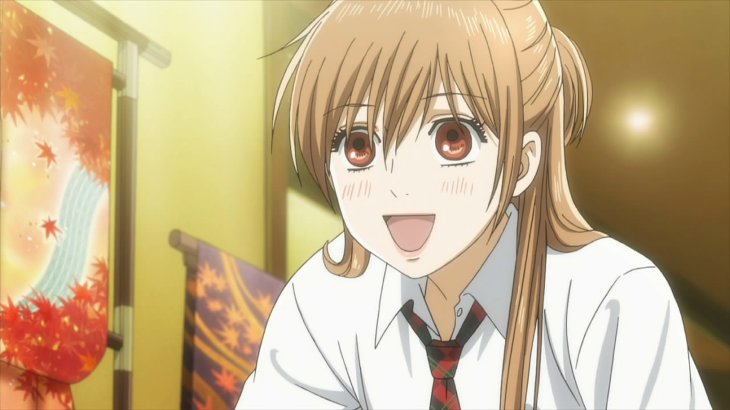 Once again I’m making my preview of a new anime season later than most, but I think I actually like it better this way.

Spending the first few weeks of a new anime season not watching anything new that is airing gives me more time. Time which can be spent watching older anime, making AMVs, reading or studying since university has started and all that…

It also kind of makes these posts easier to write – I’ve seen some tweets related to the new anime so those screenshots or bits of information can give me the extra push to maybe start an anime or in other cases, decide it would be better not to start something.

Fall 2019 has sounded exciting because of the great sequels it offers. But the offerings beside the sequels honestly seem to be dissapointing this season. But let’s get started with the good stuff first.

Since the end of March and the sadness of the final Alicization episode, I’ve been dying to find out just what exactly has been going on in those final minutes of the episode. How are they gonna defend themselves? Is Asuna suddenly in the Underworld now? Is Kirito’s life in danger again?

Some of those questions have already been answered in the first 2 episodes of SAO Alicization Part 2. It reminds me so much of this time last year, when I was hugely hyped for Alicization Part 1. Not much has changed a year later, other than the name of this year’s SAO sequel.

Also the new ending sequence is incredible in every single possible way and I cannot express this enough. Take a look for it yourself.

It’s been so long since My Hero Academia Season 3 that the anime I watched recently have changed the experience of watching MHA. I’ll now constantly think of Eren Yaeger when Shoto Todoroki is talking, same as Iride from Nakanohito Genome whenever Izuku speaks. And I know I’m probably the only person in the world who feels that way about the latter.

These aren’t even the only characters I started associating more with other anime, there is also Momo Yaoyorozu whose voice actress is also Armin Arlert, can you believe? I really need to make a separate post on this topic cause I too often find myself amazed with the range of Japanese voice actors.

But right, MHA Season 4? I guess it’s good to see the series back and it’s interesting to see how will the story move on now that All Might has retired.

Psycho-Pass brings me back to that Summer of 2017 when I first got into this whole anime thing. It was one of the very first anime I watched, hence why I’ve seen it dubbed. Which now reminds me – I’ve never actually seen Psycho-Pass subbed so Season 3 will be my first experience of the franchise in the subbed version.

I’m very much looking forward to it, and one hour for each episode will be an interesting change from the usual. Also, I hope Kougami will be back in some way, cause I remember I enjoyed his character the most.

I’ve saved the best sequel for last. To say I’m looking forward to it would be an understatement. I don’t know how I managed to survive the 3 months since watching this for the first time and the start of the new season.

But I also don’t know how I’ll survive the weekly waiting for new episode(s) of Chihayafuru. When I watched it for the first time, my highest streak was 14 episodes in a day, with plans for more but I stopped myself in order to have a bit more left for the next days.

The first of the non-sequels for this season. Cautious Hero is definitely the non-sequel Fall 2019 anime I’ve seen the most about so far. From what I’ve gathered, it seems to give some Konosuba vibes, especially since the goddess is being deemed useless.

I may watch it for the goddess cause I do like her design. And the whole twist of the main character being too cautious does seem good. But it can also potentially get too repetitive, which I hope won’t be the case.

This could be another one of those anime that just look so bad that I may actually give it a go just to see how bad it can get. And PV aside, “animals living beyond the savanna and the food chain”? It does kinda sound interesting…

Ascendance of a bookworm (MAL link)

I’m not sure about this one. The premise seems a bit different than your usual isekai, with the MC not being tasked to save the world. She simply has her own goal that she wants to achieve. It’s kinda interesting.

But there seems to be some negative feedback so far, especially worries about its pacing, which is a crucial element that I’m less likely to forgive.

Cute girls playing board games. With people calling it a good match with Hitoribocchi, Yuru Camp, and even Sora Yori mo Tooi Basho. When someone calls an anime a good match with the latter, I more often than not end up watching it, since Sora Yori is one of my all time favorites.

I don’t expect such highs here, but if Afterschool Dice Club has some elements of the three mentioned anime that I all enjoyed, why not give it a go?

More animal characters. A decent PV, albeit with a lot of CG. A good score for a new anime. Genres Slice of Life and Psychological. All of this kind of makes me interested although I’m not yet sure if I’ll actually really watch this.

I love me a good mystery anime and this could have potential. Although by the synopsis it sounds like this would be better off with more than just 12 episodes. But maybe that’s just me.