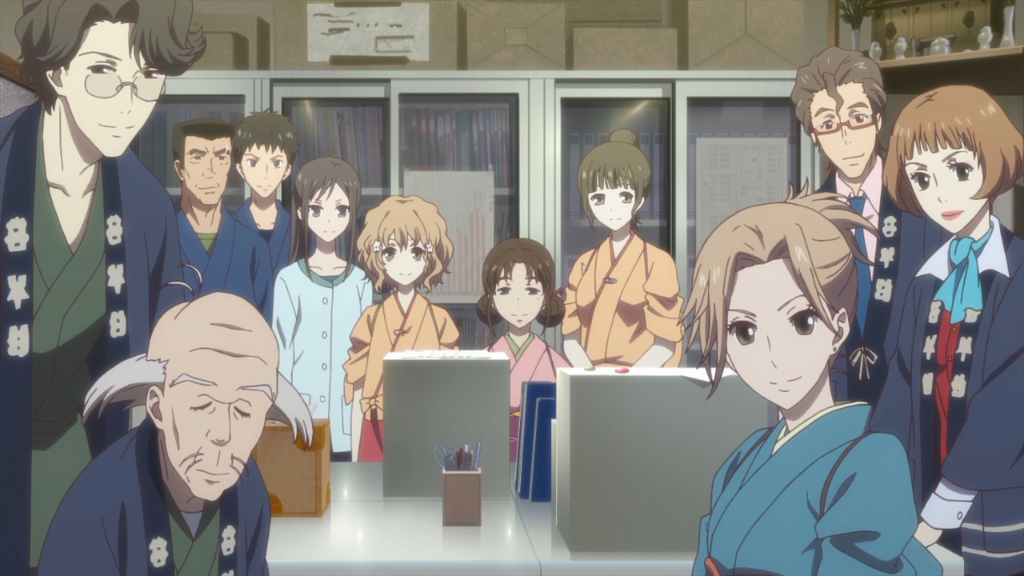 And when that happens, the best thing to do is to search for the positives in the situation. It may turn out to be a valuable experience, or as they say “blessing in disguise”.

This is exactly the situation Ohana Matsumae found herself in when her mother left her with no other choice but to start working at her grandmother’s inn.

Truth is, Ohana wanted a change of pace, but I doubt working as a maid at an inn was what she had on her mind.

Hanasaku Iroha follows Ohana’s journey as a Kissuiso maid, the experience that brought her much more than she probably expected.

Warning, this review will include spoilers. 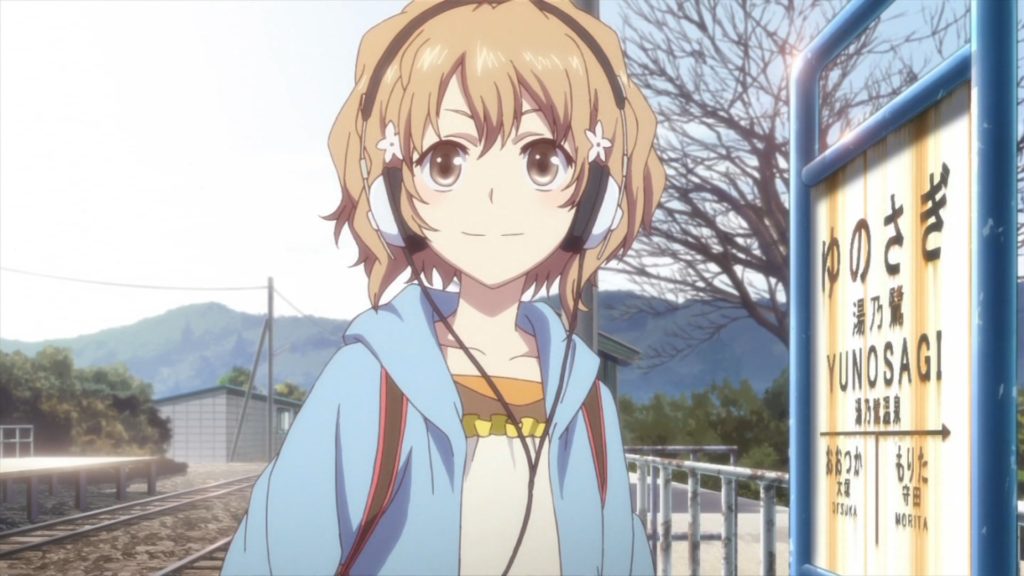 Hanasaku Iroha’s story is quite simple – it follows Ohana’s adaptation to her life new life at Kissuiso, making new friends and finding a goal to strive for.

Such stories of people moving from a city to a rural area are something that really hits home for me these days.

This is because earlier this year I also moved from a city to a rural area. And it also came a bit unexpectedly, on the back of a failure to enter my first choice university.

I still sometimes have that feeling in the back of my mind that my life has had a downgrade.

But series like Hanasaku Iroha and Sakura Quest really helped me cherish this situation much more. They reminded me to try turning it into a positive situation, without thinking too much about the past.

For all I know, all of this might be a huge blessing in disguise for me as well.

In fact it probably is. I think all of this has made me want to ‘fest it up’ much harder in terms of blogging for example…

Yes, fest it up – Ohana’s cute catchphrase which means “working hard towards your goals”, as she explained herself.

In the first few episodes, Ohana said she wanted to “spark”, and well she truly succeeded in that.

Her positive energy had a huge impact on everyone around her, and made the atmosphere in Kissuiso more lively.

It was satisfying seeing her finding her goal and the growth she had through the series.

Another high schooler working at Kissuiso was Minko. I’m not sure if tsundere is the right word as she was never really harsh to her love interest Tooru.

But she was often mean to Ohana even tho deep inside she does care for her. We can see that already when she goes into deep research of insults to find one that is “better” than telling someone to “die”.

My favorite thing about her character was her dedication to her goal of becoming a chef, buying special ingredients she can’t usually afford just to try new recipes.

Nako started working at Kissuiso to get better with people. She is well on her path to achieving that goal. It made me so happy to see her progress. When one of her classmates drew her as a blooming flower, I almost teared up. 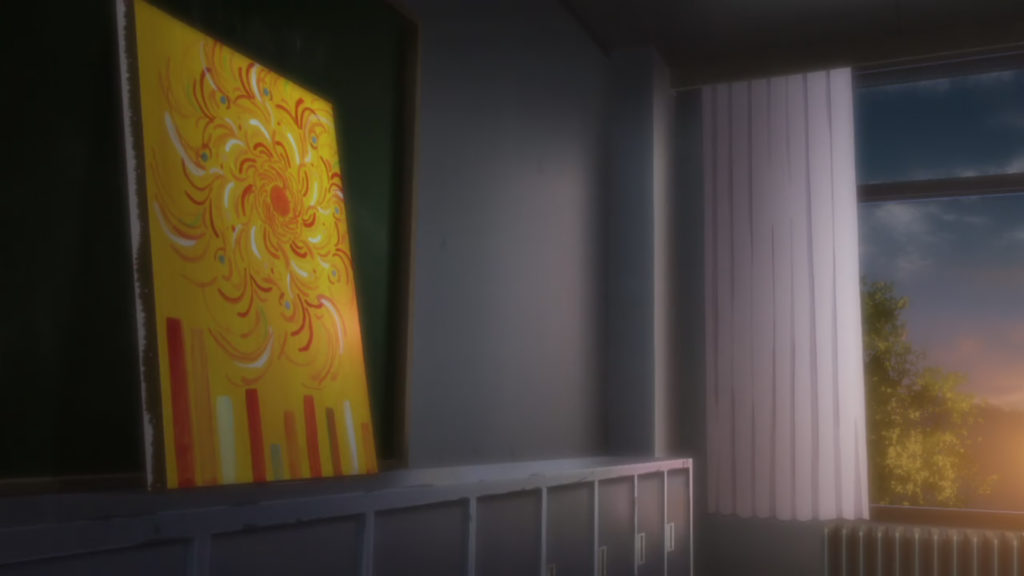 The other supporting characters really grew on me through the series. I rooted for most of them by the end of the series, even if there were certain annoying moments with some characters (like Takako).

This for me shows that it’s one amazingly done slice of life anime. When you grow to care for most of the cast and are sad you have to separate with them, you know it’s been a special watch.

I can’t find any faults soundwise. The openings and endings, as it’s pretty much always the case, grew on me a lot. Hanasaku Iroha definitely isn’t the first anime to do it, but I thought it was a really sweet touch when Ohana was humming the opening song in the middle of the episode. It happened twice, during the different cours, and the song was different depending on the cour.

The anime is truly top quality visually. P.A. Works always has such cute designs, but this time they literally sparkled as well. 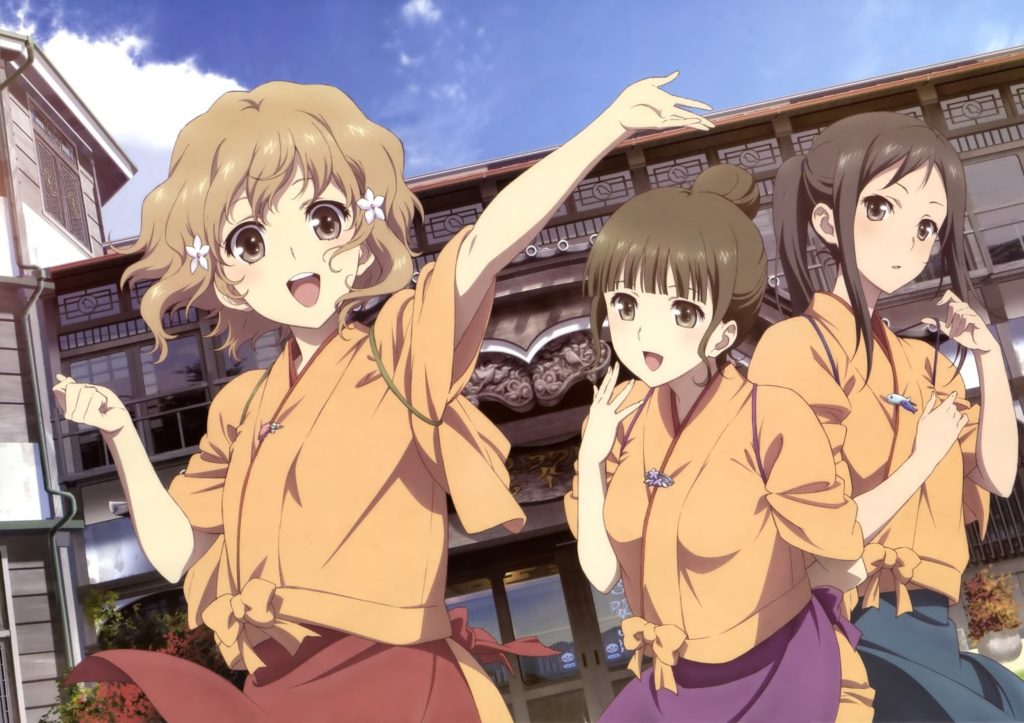 Finding your place and goals in life. Trying your best to fulfill your goals.

The physical place isn’t everything. What truly matters is the people, the memories and the energy that they radiate.

These are the core messages of Hanasaku Iroha.

It was another emotional, truly wonderful experience, watching a P.A. Works slice of life anime.

What truly made my tears roll was when the Manager walked around the empty Kissuiso, which was filled with activity just a while ago.

I have that feeling once I’m at my previous home, looking at the table remembering how I used to eat there with my mother and brother just a few months ago.

Damn I’m getting all personal again, I’m so sorry.

Another moment that got me was Ohana looking at the railway remembering how she went by train to school just a while ago. That feeling when a tiny detail reminds you of a great time. But a time that is over.

Also, back when Ohana’s mother visited the inn and Ohana took care of the smallest details to fit just the way her mother would want it. I teared up at that part too, which was sort of a mystery. I guess it’s just that feeling of being separated by a while but then when the person returns you still remember all the details, like you were never even separated. It’s something I feel with my brother.

While it was a beautiful anime that, as you can see, tugged at my heartstrings, it still wasn’t without a few issues.

What kind of bothered me were the romance parts. Ohana and Ko-chan was fine, even if I felt sad for Ko-chan a few times. He really is dedicated, waiting so long for Ohana.

The problem was Tooru’s interest in Ohana. Considering he was 23 and Ohana was 16, I was not really comfortable seeing such a ship “develop”. Minko’s emotional outbursts on Ohana regarding this also felt awkward.

I feel like none of the romance stuff was even needed. I would have been fine with just following Ohana and Ko-chan’s “relationship”.

And just as a side-note, I do wonder how did the girls find the time for school as they seemed to spend most of their free time working.

In any case, Hanasaku Iroha is well worth watching.

If you want an anime that will make you happy, while tackling the theme of life goals, this is the series for you.

Have you seen Hanasaku Iroha yet? I would love to know your thoughts on it so feel free to talk about it in the comments 😉

Get the Hanasaku Iroha DVDs and various other merchandise here.