Skip to content
Home » I loved 3-gatsu no Lion 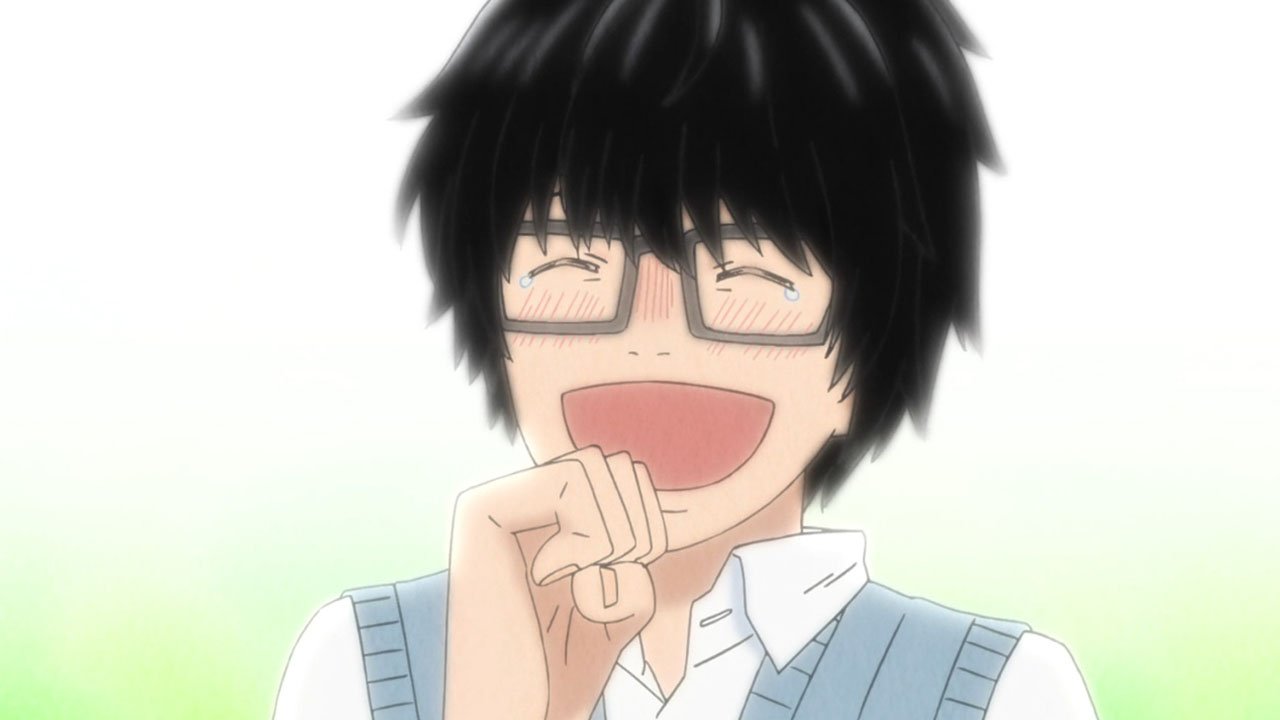 3-gatsu no Lion was one of the most wholesome and heartwarming anime I’ve ever seen.

I had teary eyes when I realized I have nothing left from it to watch. Really hoping for a season 3, as I’ve read there is enough source material for it.

I feel like this anime doesn’t get the attention it deserves. The main reason is probably shogi, which people outside of Japan don’t really know much about.

And I understand that. I won’t lie, there were moments when I didn’t understand the greatness of the move that a player has made, or the references and conversations some players were having.

But that doesn’t mean you should avoid this anime. Let me give you some reasons why doing that would be a mistake.

The art style is a bit different than what I’m used to. And it was a nice change.

But what really sets this anime apart from the rest visually are all those scenes that highlight the uneasiness of the characters. Most notably Rei, but these scenes have been seen with other characters as well.

These kinds of  scenes really do an amazing job of establishing the darker tones of 3-gatsu no Lion.

Compare the above to the colorful, joyous looking visuals of the Kawamoto sisters.

The sisters are what pull Rei away from his darkness. He even described them as their “saviours”.

The mood that the visuals set each time someone from the Kawamoto family is on the screen help establish this. The show is fantastic at using contrast in this way.

There is really not much else I can do other than praise those responsible for the music in this anime.

It complimented the scenes beautifully, made me cry, made me feel extra invested into certain scenes.

I think my favorite song is the one called “Important time”.

It was used in episode 18 of the first season, when Rei said that nothing has changed in a year and he hasn’t accomplished anything. His teacher, Hayashida, then gave him encouraging words, praising Rei for being independent.

Come on, now. Haven’t accomplished anything? Don’t say that. You’ve been coming to school while working. You make your own meals. You do the laundry, take out the trash. You fight… Make money, pay rent… When I was 17, I thought, “I can be a bigshot when I grow up.” I had that groundless dream while going to the arcade, reading manga, hanging out with friends, watching TV… I never worried about rent or bothered to save up money. I never cleaned or prepared meals or did the laundry. So don’t tell me you haven’t accomplished anything. You did your best! I saw it!

It was a really strong and touching scene, one of my favorite ones from the entire anime. 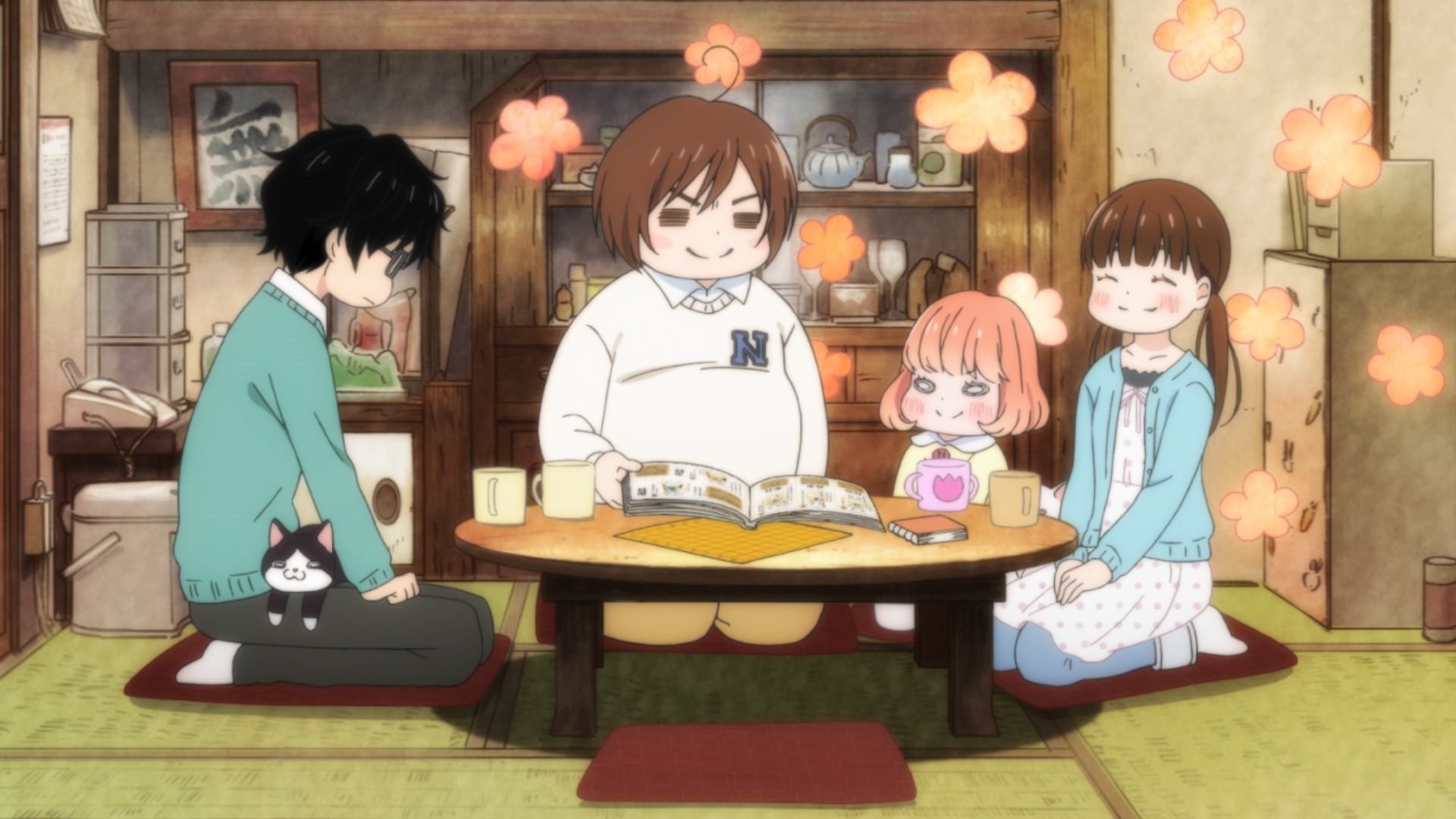 Another thing  3-gatsu no Lion excels in are its characters.

Rei Kiriyama is an example of how to do a character with depression right. His internal monologues are a huge part of the series. Each of the monologues felt genuine, and really helped me connect to Rei’s character.

Following his personal growth felt very rewarding. But it wouldn’t be possible without the side characters.

The Kawamoto family accepted Rei as a part of their own. Each of their stories feels real. Akari was left with two younger siblings and her grandfather, and had to become independent earlier than most. She feels the burden of responsibility for Momo and Hinata.

Hinata had to accept life without her parents, and while she seems to be fine with it at first, certain moments clearly showed she is holding in a lot of pain but is doing her best to stay strong.

In season 2 she had to watch her best friend get bullied, until she left school and was broken enough to need professional help.

Hinata was bullied soon after that. Again, she did her best to stay strong, not showing weakness in front of her bullies. But at times her anger got the better of her and its clear how upset the whole situation has made her.

Each of the side characters had a compelling story behind them, making you attached and happy to see them do well.

Yes, shogi is one of the themes of 3-gatsu no Lion.

But more importantly for me, this anime tackles the themes of depression, bullying, as well as finding your self-worth and a place to belong to.

It was truly a beautiful experience and I highly recommend you watch it. I believe it has something for everyone, whether you want a relaxing slice of life comedy, a bunch of feels or just a story about playing a game professionally.

If you’ve seen 3-gatsu no Lion, let me know your thoughts on it in the comments!