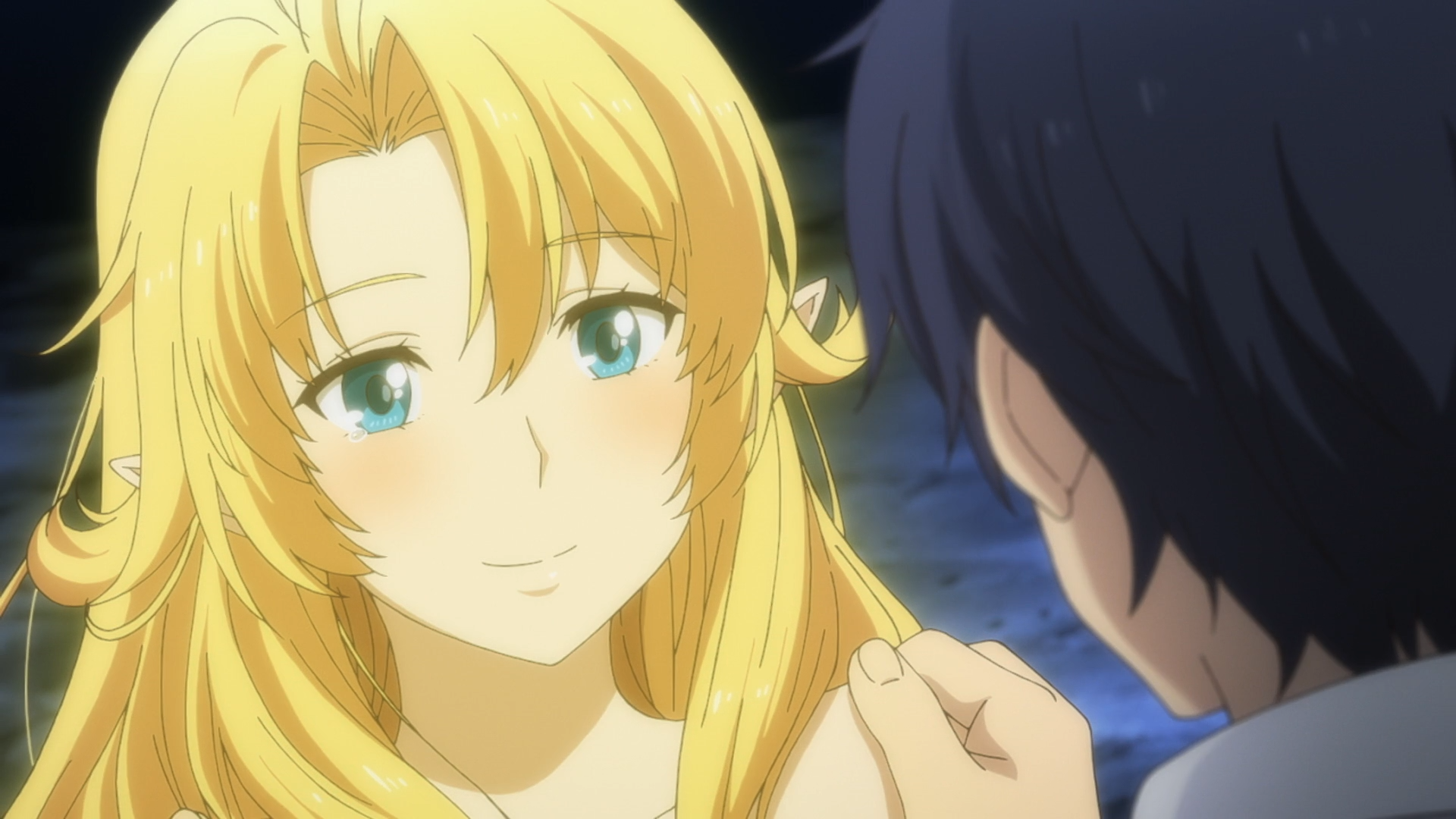 Time to start off with the Spring 2019 anime season and the first impressions for the new anime.

Some series like Fruits Basket 2019 and Kimetsu no Yaiba have already had screenings of their first episodes, but they are nowhere to be found for streaming.

That’s why the first Spring 2019 anime I’ll talk about in more detail is Kono Yo no Hate de Koi wo Utau Shoujo YU-NO or
YU-NO: A girl who chants love at the bound of this world in English.

The first episode of this visual novel adaptation has aired on the 2nd of April.

Takuya Arima’s hystorian father has disappeared, and Takuya believes he died in a cave-in during his research. But is that really the truth?

Just as summer vacation is about to start, Takuya receives a strange package with some kind of unknown item.

Mio Shimazu, one of Takuya’s friends describes it as “unnatural”. A blue-haired girl appears and tells them to stay away from the area.

The next day, Takuya receives another package which gives him more details on what he received yesterday. Turns out the item from before is a device that can travel through dimensions.

The package has a letter from his father. It turns out he is still alive along with his mother. The letter specifies a time and place for Takuya to arrive to.

When he arrives to the place, he finds a yellow-haired girl with strange ears. Lying naked.

The girl kisses him before disappearing. Was that Takuya’s first kiss? Imagine telling someone that your first kiss was with a random girl you found naked in the middle of night before she kissed you and disappeared right after.

Ryuzoji arrives along with Takuya’s stepmother. Ryuzoji wants Takuya’s special device and he points a pistol at him. Until the device starts working.

Takuya catches a glimpse of Kanna Hatano, the blue-haired girl from before which turns out to be the new transfer student at his school. Cold, stoic female transfer student. Where have I seen this before, I wonder?

After going to sleep with a terrible headache, Takuya wakes up in a world different from the one he was in yesterday. Ryuzoji along with his stepmother, don’t seem to recall the events of yesterday night.

Not too bad of a start I would say. I can’t say I’m hooked to all of this yet, but it’s still only the first episode.

I love the design for Mio Shimuzu. And Rie Kugimiya is her voice actor, so it’s hard not to love such a character.

The main character seems to be a bit of a perv. Which didn’t really bother me, but I did find his way of greeting the new transfer student a bit weird.

And what is it with random people being found naked in summer time with the sea nearby? It reminded me of Island, even if I know this visual novel came decades earlier.

Clearly Kanna Hatano seems to know some things and as always, its gonna be interesting to find it all out. The story does have potential.

The art & animation are all fine but I would describe them as average. There isn’t really anything that I could point out other than Mio Shimuzu’s beautiful design.

Similar for the audio. The opening song isn’t too memorable.

However, if the story and characters won’t fall flat, it’s still gonna be an anime worth watching and the first episode did show some potential.

There was time leaping. Now this anime really has my attention. And a Steins;Gate reference?!

I mean look at it, it’s the Steins;Gate metal oopa.

You can hear an excited Mayushii in the distance.

But seriously, why is there a Steins;Gate metal oopa in YU-NO? I would really like to know.

If you’ve seen the first episode of Kono Yo no Hate, feel free to tell me your thoughts on it in the comments!