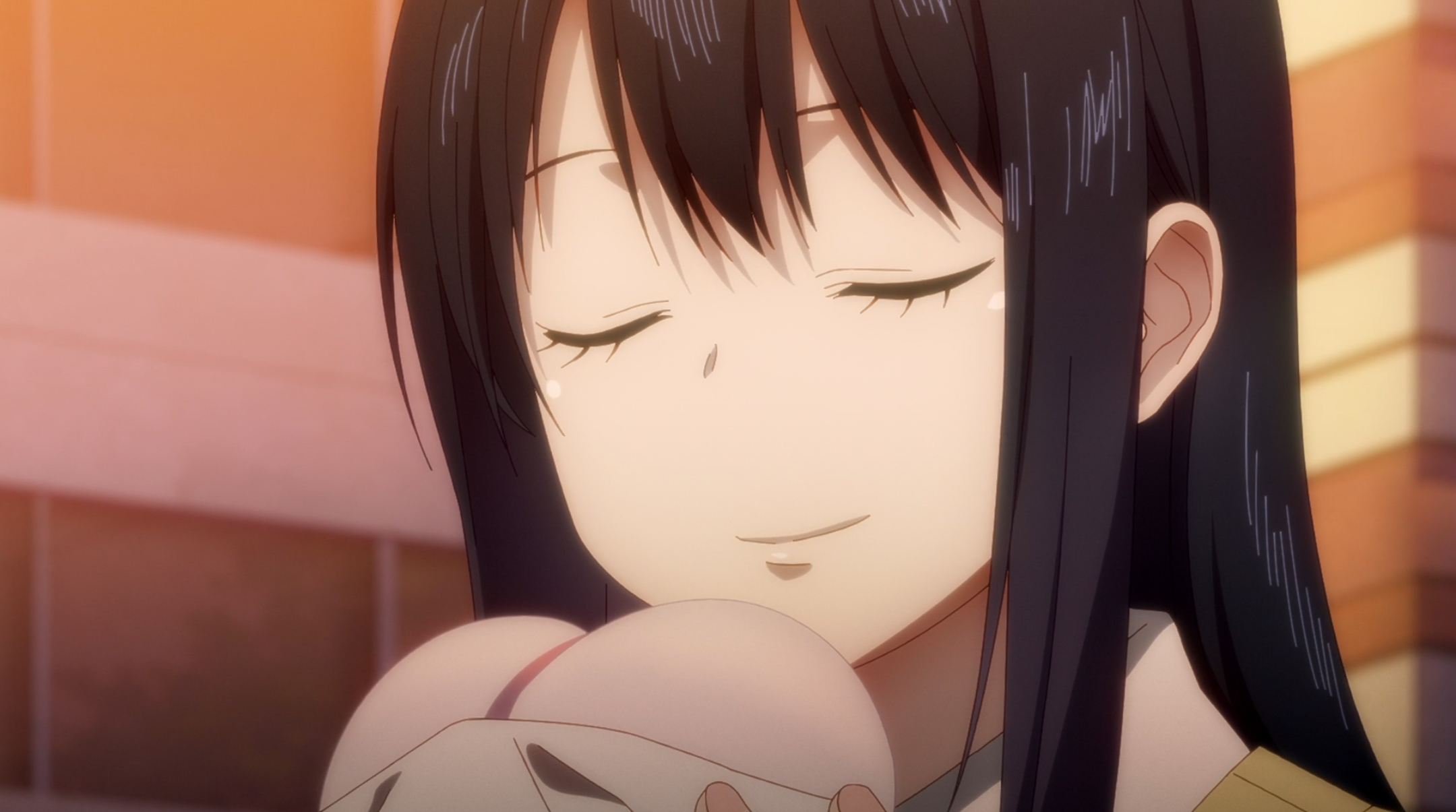 There’s this wojak meme format in which he holds a drink while watching people partying and is saying to himself how „they don’t know [insert whatever thing they don’t know]“.

Mieruko-chan is basically that meme the anime. In which Miko is looking at the world around her and seeing and knowing things others are very much unaware of. Similarly, the things she is seeing also for the most part don’t actually know she is seeing them (altho they are making guesses about that and they definitely noticed it a few times).

If you didn’t know about this format, now you know

The way I like to use the meme is in the sense that there is something going on related to my interests, which people around me don’t care about, and I am all there thinking about what’s going on while everyone else simply has no idea about this incredible thing going on in the world that I am seeing and am aware of.

A thing I heard on a recent university lecture related to digital communication is how thanks to social media, basically everyone is living in their own reality. Everyone’s reality is different because of the different types of information they are reading about, information which someone else might have no idea about and no interest in knowing. I think it’s an interesting thing to think about. I was often told how I’m all „in my own world“, as if that was some kind of a negative thing. Turns out, everyone actually is to an extent. Everyone’s perception of this world and the things they are seeing are different.

I guess this is portrayed in Mieruko-chan, altho in the unique way of seeing, or not seeing ghost-like creatures and people’s auras. Mieruko even was called „weird“, which is a word you also may hear if you were told how you are „in your own world“.

I had a good time with this anime. There was a certain charm to it, and watching the MC was enjoyable, as was the performance of her VA, Sora Amamiya. I’ve added her VA to my anilist favorites after this, considering she also voiced Magia Record Yachiyo.

The opening song is really creative and fun. With cool splashy visuals to go with it. The splash theme is also carried into the pre and post ad-break parts in the middle of episodes. Don’t know what else to say, it’s just really cool and neat.

There was always something new to the story that made things more interesting, or positively surprising moments such as those touching scenes towards the end of episode 4.

From the attempts to fight ghosts with alcohol and prayer beads, introductions of new characters who could also see things, the reveal that Hana can literally burn ghosts with her strong aura that is connected to how much she eats, the shrine scenes and the newly acquired protection limited to 3 situations, till the detailed introduction of Zen, I never really felt like things were dragging. There was always a new element adding to the story, and even when there wasn’t something new introduced, there were more brilliant scenes such as the train ride suspense in episode 8, or Miko having the time of her life in the haunted house.

And yet there’s more to uncover that we haven’t had the time to find out yet. What actually happens when someone who sees the ghost and makes it aware that it is seen, gets attacked? Most likely, Crow’s theory is true, that „if you acknowledge you can see a ghost, that grants them the power to harm you“. This would perfectly fit with how desperately Miko tried to ignore them, and how they attacked every time they realized they are actually seen. But ofcourse, we never actually got to see the full attack being done. Except just now in the final episode, where after an attack Miko woke up from a dream. Although that was not even an attack from a ghost, but the shrine creatures instead.

But was that whole shrine visit to show gratitude really a dream? Why do those shrine creatures who defended Miko suddenly seemingly dislike her? Why did they even give her only 3 „saves“? Heck, is that even the true situation or did Miko misunderstand? Can other people actually feel ghosts/spirits, since Zen seemingly felt that cat’s lick? What is Zen actually doing tasing people who have then been declared missing afterwards?

And maybe most importantly, why does Miko even see them? Could it simply just be a talent for the occult?

Based on what I’ve read, there is basically not enough source material at the moment for a second season. But if it comes, I’m very much looking forward to it. I really enjoyed watching Mieruko-chan and I’m gonna miss it.