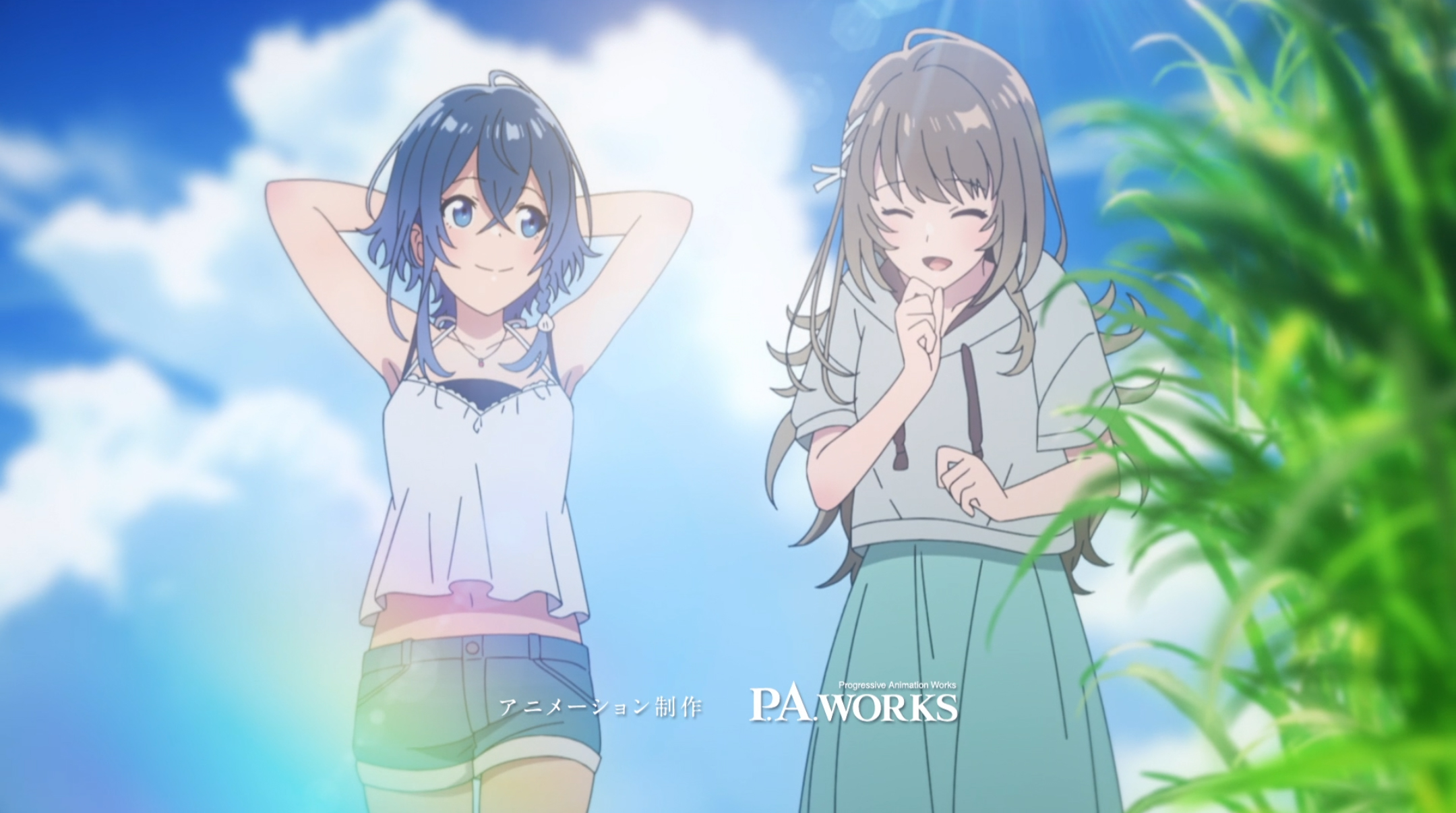 I’ve often seen people say how the closing of Gama Gama and Kukuru’s new start at Tingaarla see her finally face “reality” or something like that.

I know Gama Gama was old, not financially viable, in a bad shape, especially after the typhoon. Closing it was pretty much inevitable.

Kukuru soon started her new job and was immediately faced with hardships, being put into positions she doesn’t want to be in, humiliation from bosses and colleagues, overall stress. In the later episodes overworking and hard efforts returning nothing, while missing out on important things.

And this is where my annoyance with the state of the world kicks in: why does this have to be “reality”? Why was the pleasant work atmosphere at Gama Gama in which the workers enjoyed themselves labeled as “messing around” and “play-working”? Why was Kukuru’s passionate experience of doing everything she could for Gama Gama labeled as a “hindrance”?

This is not a problem with the anime, just a problem with the world. The anime depicted things well. What Chiyu was saying about thousands of people searching for jobs and so few places actually hiring is rEalItY. And yes you have to go through a lot just to get the chance to have the jOb and even if you get the jOb you then end up going through the things mentioned earlier. Why is this “reality” and why do I have to accept it? Why does anyone have to accept it?

If this is “what it means to be a grown-up”, then I kinda just don’t want it

I’m happy that Fuuka discovered her passion for sea life and interest in the environmental issues. This was beautiful to see through the series. From someone indifferent about aquariums, and having embarrasing moments while working, to the current Fuuka is certainly a lot of good growth. I guess she shows passions can be found through jobs. And a surrounding of people who do what they love.

Looking back on my Sakura Quest post, I found my own quote which turns out to be kinda accurate for Fuuka:

You never know what job could end up having something that you enjoyed more than you perhaps expected.

This MK person says some great things, you know.

Some memories I’ll have regarding this anime is how around the time in preparation for my university graduation, I was watching Aquatrope, in particular episodes 7 and 8. I think this was around the time my final thesis was being proofread.

What stuck out to me was Karin’s lines at the end of episode 8. She said how since the day she gave up on the job she wished to do, she got better at forcing herself to accept things.

I was at that moment in the city, just like I am now.

This hit me because my heart probably never truly wanted to leave this city for the village in the first place, and it probably wasn’t 100% satisfied with the university choice either. Talking about this now is kinda pointless since I graduated from that university, I found good points about the whole situation etc.

But that moment just hit me. It’s probably the case for me too. I got better at forcing myself to accept things, make a compromise within myself, find the positives of the situation. It reminded me again that it doesn’t always have to be like that. The next time I’ll wish for something from within and decide to not do it for whatever reason, I’ll try to remember this feeling. I deserve to not have to always compromise, you know?

I think I’ve been rooting for Karin since then to end up doing what she wanted, aka being an aquarium attendant. Even though I would’ve been happy if Kukuru also got into that position, but she made her decision to remain in marketing, and if she’s happy with that, good for her.

Now this is all feeling a bit weird since my views on jobs are increasingly becoming negative. I find it hard to believe in dream jobs anymore at this point. With every job most likely ending up with the problems mentioned earlier in the post, it keeps getting harder and harder not to feel that even if I got a job doing something I enjoyed doing, the enjoyment wouldn’t be the same anymore since it became a job.

So that’s why when Akari said “there isn’t any particular job that I want to do”, I felt that as well. Not because I don’t have things I like doing, but because I never really learned things because I wanted to fulfill some client’s requests. I learned them because something about those things made me feel interested in them, or I wanted to create things that would bring me satisfaction and enjoyment.

I do like Akari’s inclusion to the cast, a character who isn’t there because she has a particular passion for the work.

What direction was this post going in again? I’m not really sure, just like I’m not really sure on what my career will look like. A lot of the times with P.A Works working anime, I ended up with a fire inside me to try working towards a goal related to jobs. They made me feel, at least for a while, like jobs don’t have to be such a terrible thing. I appreciate that they are attempting to convey this feeling. As long as things in this world are set the way they are, and most people will have to work at some point in order to survive, there will be a need for those feelings to be conveyed.

And I hope maybe one day I’ll experience those feelings not just because I’ve recently seen a P.A. Works anime, but because my job actually makes me feel that way.