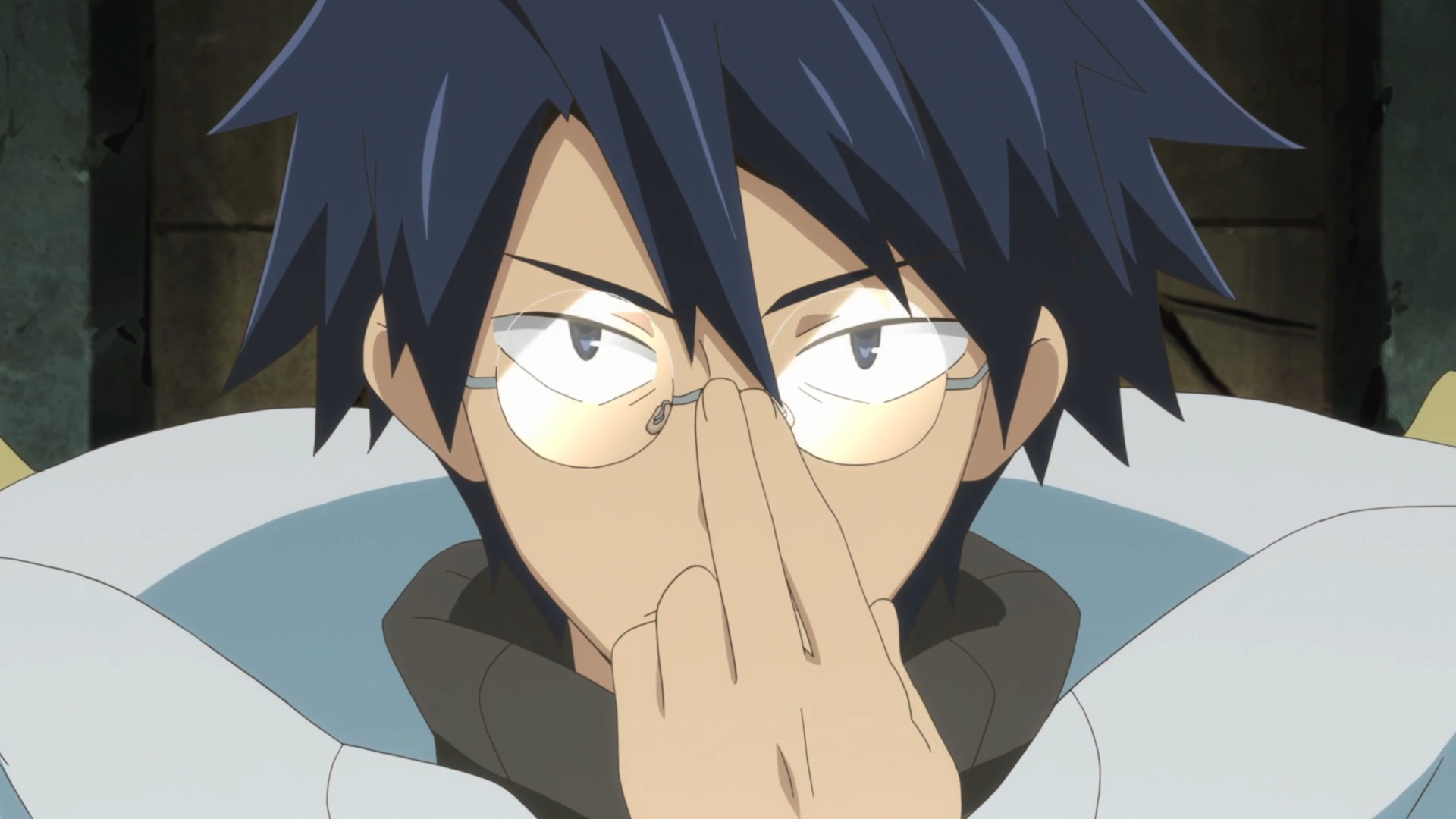 Let me tell you a very fun fact about me: I wear glasses at home.

And I love making top-list posts so I thought why not make a top list of characters who wear glasses?

*adjusts glasses* let’s get into it! 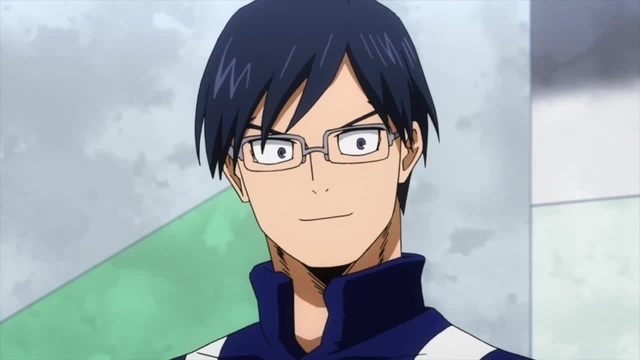 We start off with the president of class 1-A. He really fits the role of class president. Maybe even too much.

His brother, pro hero Ingenium has inspired him to become a hero.

He may seem intimidating at first, but he is actually a really good friend and is very kindhearted. 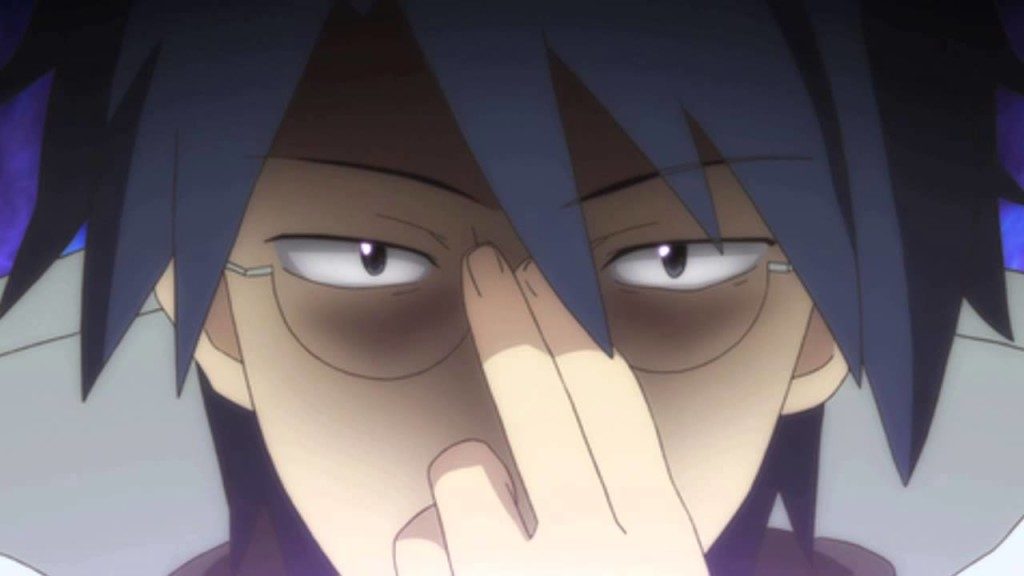 Wants to achieve his goals at any cost, and for that reason many call him “the villain in glasses”.

The glasses, which he really loves to adjust. Doing that gives him enhanced focus and confidence for a short period of time.

And he is not the only Log Horizon character who uses these powers. Other characters in the anime who wear glasses have also recognized the advantages of this special move. 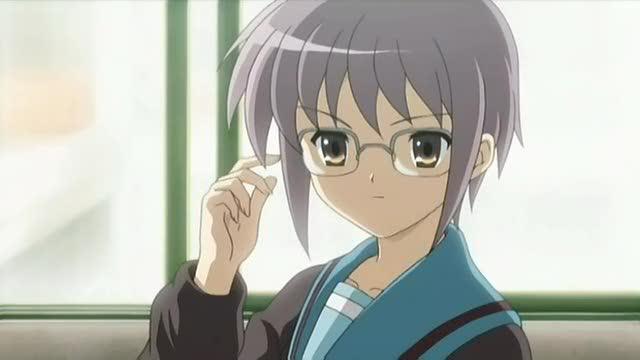 Now Nagato is one of those cases that hasn’tÂ alwaysÂ been seen with glasses.

And she also wears glasses in her spin-off series calledÂ Nagato Yuki-chan no Shoushitsu.

Probably the most non-talkative character in anime I’ve seen so far, I really enjoyed her for that exact reason. It was fun seeing an introvert at such extreme levels.

That is, if you can call an alien an introvert. 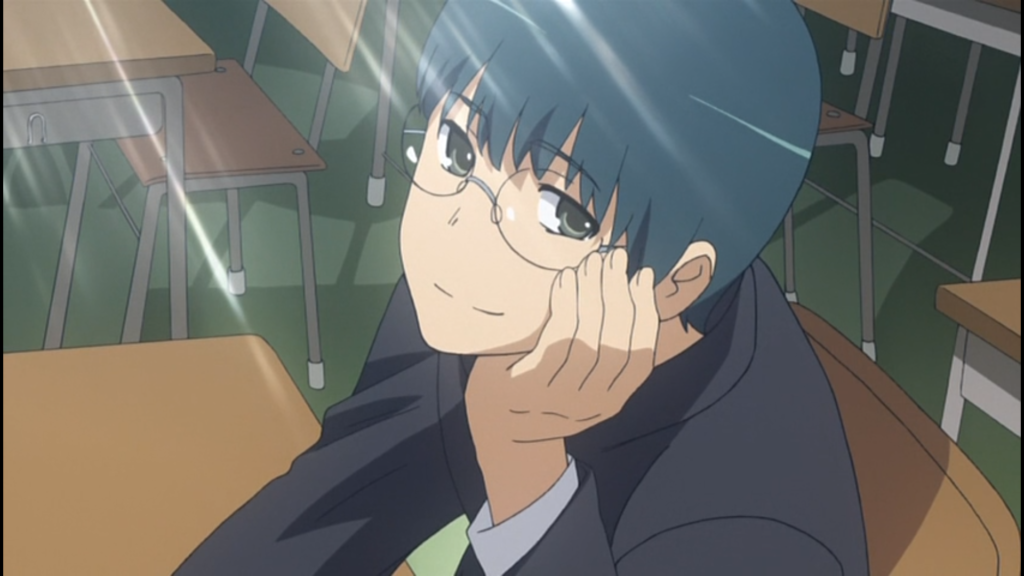 How could I not mention one of the main characters from one of my favorite anime ever?

The student council vice-president, the class representative, captain of the softball club.

And ofcourse, Taiga’s love interest. For a while, at least…

Can act a bit weird sometimes so be careful. 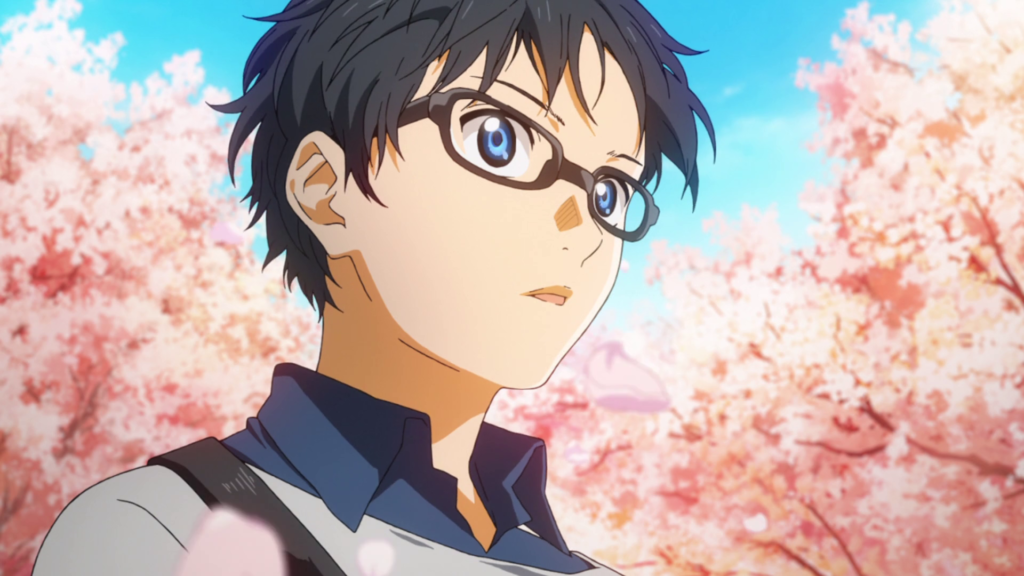 Arima has been a renowned pianist in his childhood, till his mother’s death, which left him unable to hear the sounds when he plays the piano.

But meeting Kaori Miyazono has changed that, and he returned to music because of her.

This may be *spoilers* but I couldn’t believe how cruel his fate is, with his mother not being the only person dear to him that he lost.

And the way he seemed to be handling it… Massive respect and I just want to give him a big hug that he deserves. 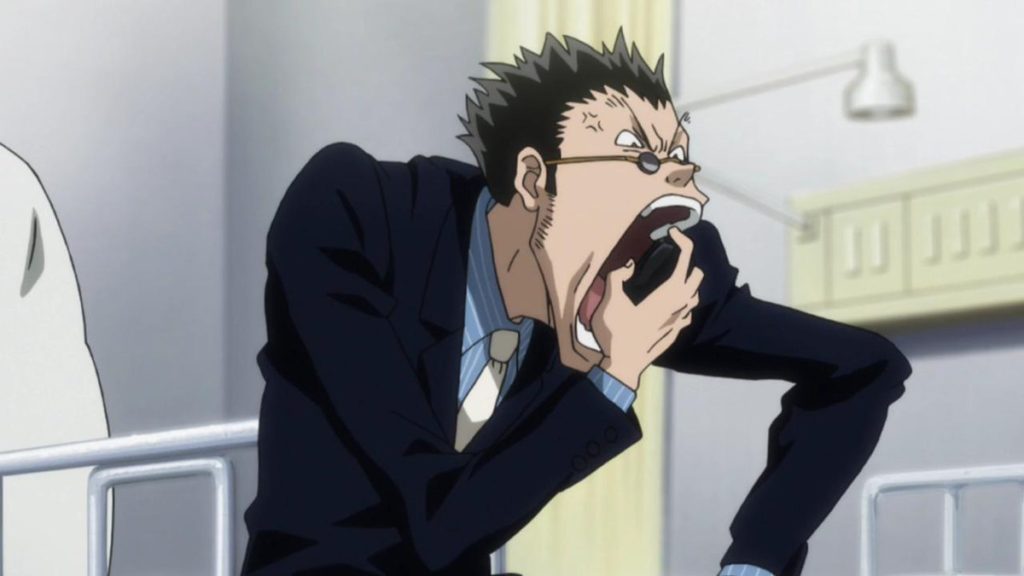 Leorio is friend goals, he really cares a lot for his friends, as shown the best in the final arc of Hunter x Hunter.

He is often short-tempered, a lot of times he doesn’t understand things from first glance, but it doesn’t necessarily make him an incapable hunter.

His motivation for becoming a hunter is the money, but it’s because he wants to be able to save people for free. Isn’t that admirable?

Also, his nen reveal was the most epic nen reveal in the series. Damn how satisfying that was.

And speaking of Hunter x Hunter, Kurapika wears contacts. Just like me when I’m outside.

He doesn’t even wear contacts because of his vision tho, so it’s kinda pointless that I’m even mentioning that, but yeah. 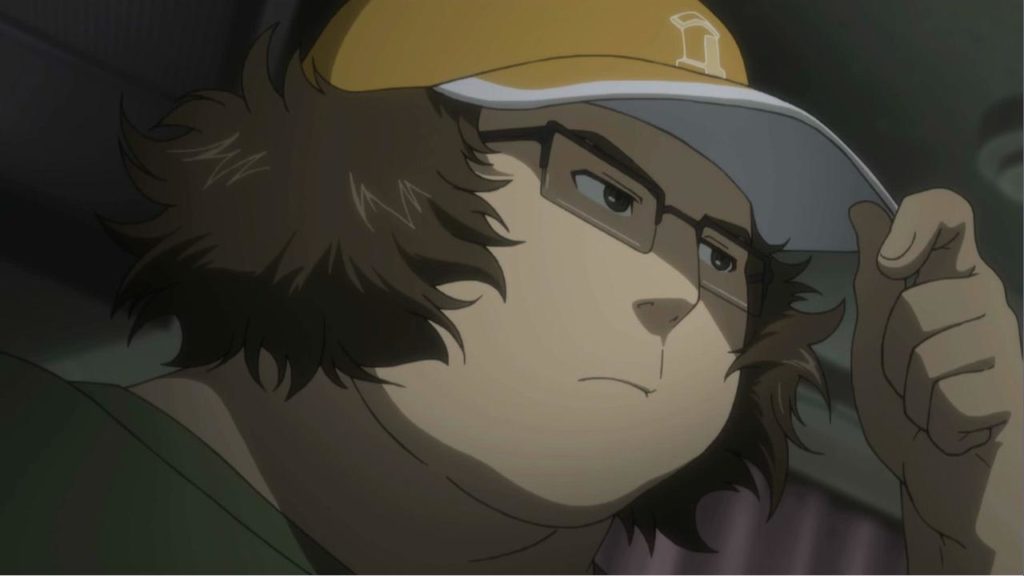 I will forever remember him for his relatable moments like this… 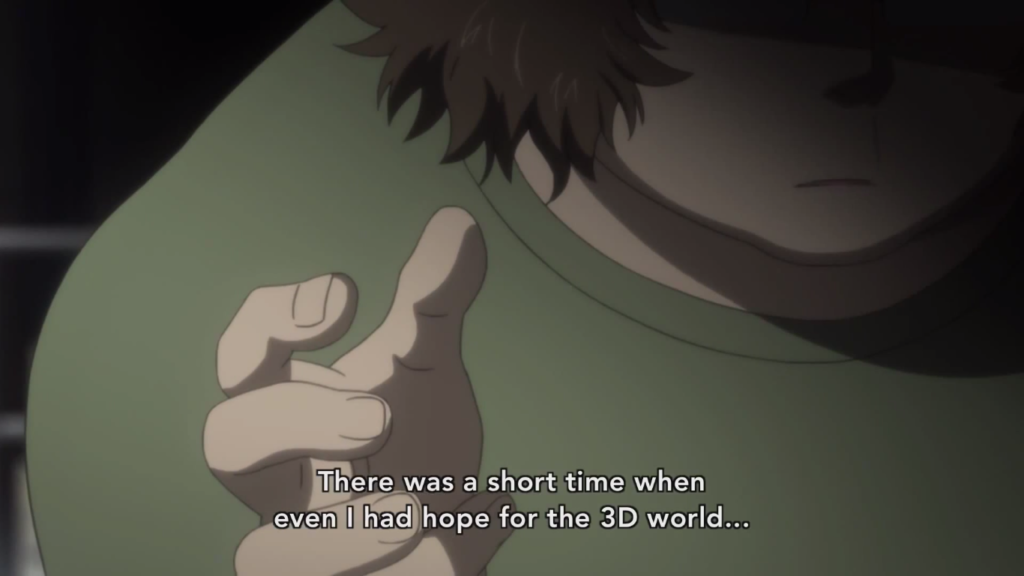 …as well as his relatable problems when it comes to girls…

Oh and his programming skills are godlike and he seems like such a fun friend to have. 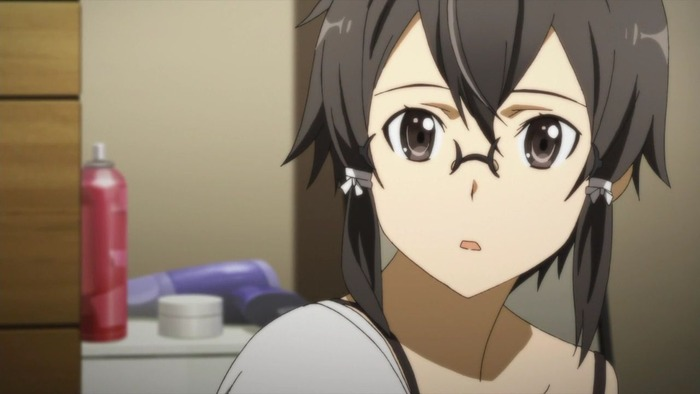 Another case where you don’t exactly see the mentioned character wear glassesÂ allÂ the time.

Or maybe we can say Asada Shino actually does? Since that is her real life name, while Sinon, who doesn’t wear glasses, is her in-game character.

In any case, what makes me love this character so much is her determination.

It’s also a big part of why I mentioned the ED sequence that features her character, in myÂ 7 Openings and Endings that make you feel everything will be alright article. 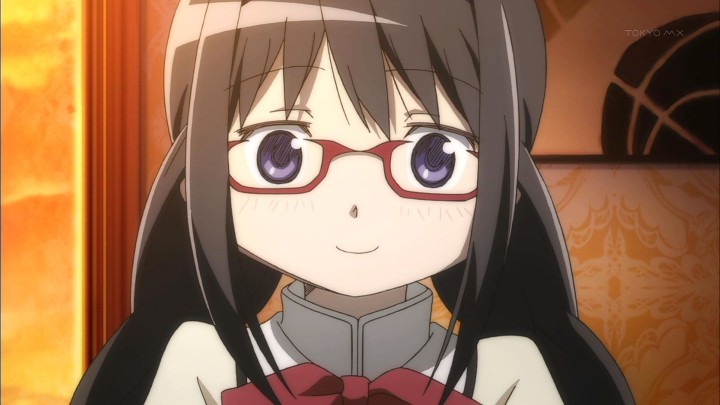 Akemi Homura is only seen with glasses during THAT episode and during the third movie.

But her wearing glasses during THAT episode means she actually did wear them for most of her life, till certain events.

All she wants is a friend. Just let her have that please.

And don’t do to her what you did to her in the last movie.

If there ever comes a sequel, I hope there will be a way to undo the damage they did there. Or I will just consider the TV anime canon and forget anything else that happened after that… 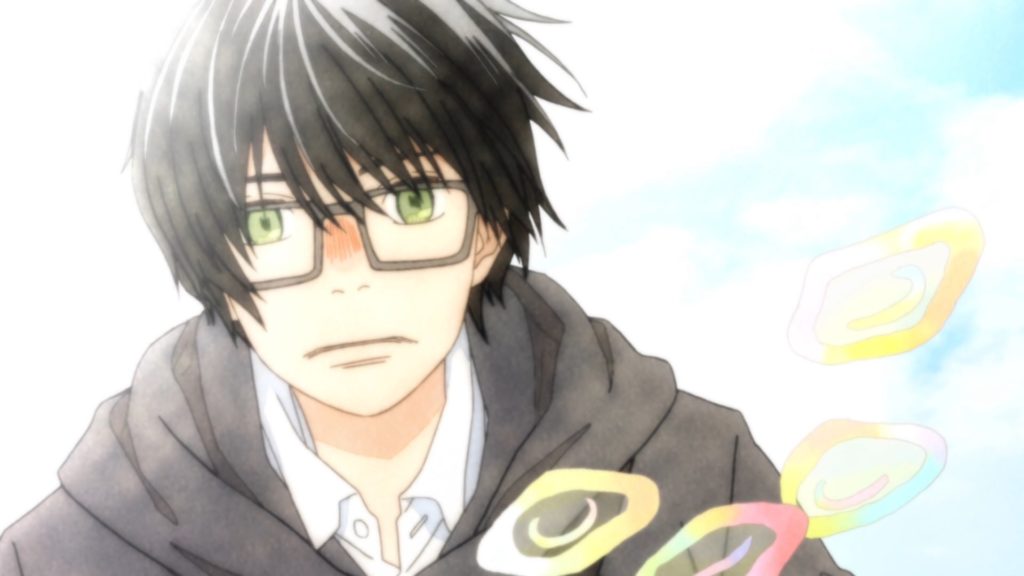 A few days ago, I finished season 1 of 3-gatsu no Lion.

This anime is truly a gem, and it has one of the best written main characters I’ve seen so far.

Living a tragic childhood full of hardships, Kiriyama Rei had to become independent earlier than most.

As only the fifth shogi player to become a professional in middle school, he spends his days in solitude, preparing for his shogi matches.

When he does come to school, he eats alone, with the only person joining him being his teacher.

The anime follows his growth as a person, influenced by the events and the characters surrounding him. Most notably the Kawamoto sisters.

Are there any characters you expected to see but weren’t on this list? Do you also wear glasses? Let me know 😀