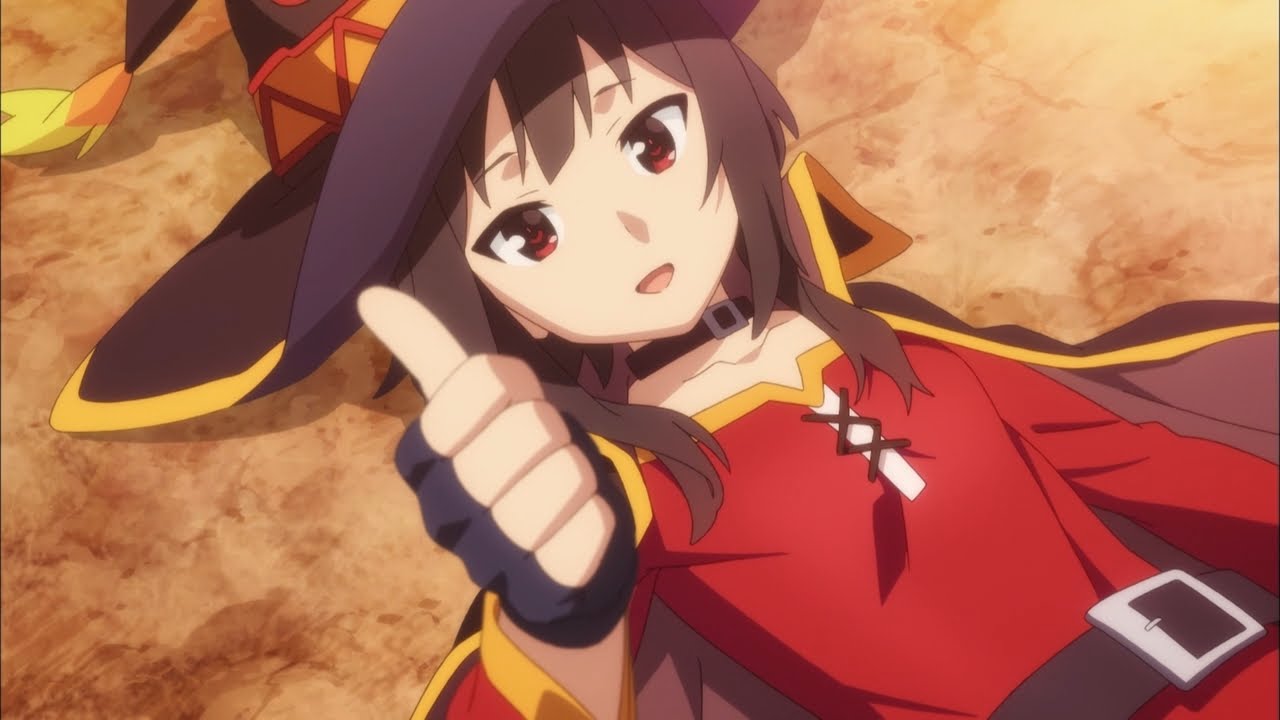 Music is one of those things that will, for me personally, almost always work when I feel down.

And when you add anime to it, the effect can grow even more.

I’ve talked before about my love for anime openings, so in this post I will suggest you 7 Openings and Endings that will help you when things get rough.

The first part of the second Sword Art Online season, the GGO arc, talks about Asada Shino, who wants to overcome her trauma of guns by playing the VR game Gun Gale Online. I won’t go into much spoilers, but she definitely had a tough childhood, which left her in the depressed state portrayed in this ending sequence.

The lyrics, combined with the beautiful visuals, including the scene when Sinon, Asada’s VR avatar hugs her, really feel helpful. The overall feel of the song always makes me feel encouraged. It makes you feel like you are not alone.

You can do this. You can get stronger. Just keep fighting.

Since hearing the first seconds of this opening for the first time, I just knew it will become one of my favorites.

This song. It just fills me with this feeling of satisfaction. Satisfaction with life. It simply makes me feel like everything is going well and that it will continue going in that direction. It makes me feel like my dreams are achievable and I just need to relax and let it happen. Work a lot for it, ofcourse, but also not stress about it cause it’s bound to end up well.

I’m not sure if I made much sense there, but yeah, this is just how this opening makes me feel. I guess optimistic is the word?

Another personal thing related to this opening is how it helped calm me down during the stressful times in June before my high school final exams. The image of the exhausted Miyamori on the table was basically me. The song also included the word “panic”, which when I noticed, helped me relate to it even more. It helped calm me down and things did somehow worked out in the end. Sure, a bit differently than expected, but I can’t exactly say I’m unhappy.

Don’t lose hope. I’m sure everything will end up in a positive way. Just think of Sakaki Shizuka from this exact anime. Those who watched Shirobako will know what I mean. If you haven’t, I highly recommend you do it.

Your motivation levels are sure to grow thanks to this anime.

Now how do I even start with this masterpiece of an anime? One of the most inspiring shows I’ve ever seen.

As someone who loves travelling as much as anime, which is, let’s say, too much even, this show really made a mark on me. It reminded me why I love to travel so much, and it ignited my wish for travelling to even higher levels than before.

Both the song and the visuals immediately put me in a happy mood.

If you want to get inspired by an anime, look (on a place) no further than this one. It worked in every single way for me personally, and it is now on my list of anime that I awarded with the perfect 10/10.

Talking about anime I awarded with the perfect 10/10, here is the third ending of Hunter x Hunter. Things are calming down a bit after Kurapika did THAT, and we follow Gon & Killua as they try to beat the game called Greed Island. Despite the dangers of the game, this feels like the fun side-story for those two characters, which also serves as their training arc of sorts.

From the first listen of this ending, I was hooked and I jammed to it every single time. It never fails to improve my mood.

Unless it’s the 147th episode. As soon as I heard this song start there, I started crying…

In any case, this song always reminds me of the great times I had watching Hunter x Hunter. It’s perfectly fitting for the relationship between Gon & Killua.

Oh, and the ending includes Bisky. So many reasons for this ending to improve your mood.

I would’ve never thought that I would end up enjoying a show about beach volleyball so much. I never even knew why exactly I started this anime in the first place, I guess it was the eyecandy. But I stayed for that, but also a genuinely enjoyable show about friendship, and guess what? Beach volleyball.

And let me just talk about the music. This anime has one of the best soundtracks of the year. The composer of the OST, Rasmus Faber, a Swedish DJ, has done a fabulous job.

This opening reminds me of the good times I had while watching this anime.

And a part of the OST, the song called Rise, even became my new alarm clock song (starting this week it replaced the Charlotte ending).

The fanservice is not the only good part of this anime.

Sometimes you just need to let things out. And I do that every time when I lipsync while watching this ending.

This song feels like a friend is comforting me and telling me to just let things out of my system.

An added bonus is that it reminds me of that day when I received the results of those final exams I mentioned before. To keep it short, I was fully convinced that I failed those exams and that there won’t be any university for me this year. When I received the results and realized I passed the exams, it’s fair to say it was a quite shocking moment. I would even call it the most shocking one of my life so far.

The results were not sufficient for my first choice university, but they were for my second choice, which is where I am now. That night our national football team has also won against England and we ended up in the World Cup final. It’s fair to say there was a lot of shock and euphoria that day.

And how does all this relate to FMAB?

I finished the anime the day earlier. I listened to it’s EDs on the day of the results. I tend to remember unimportant stuff, so I remember exactly which FMAB EDs I listened that day. It was this one and the third one.

This ending takes me back to the end of November last year, when I watched Konosuba. Damn it’s almost been a year since I saw this anime.

Everything about this ending is so relaxing and satisfying. It almost makes you wish you got revived into a fantasy world too.

Which anime songs do you listen to when you feel down? Do you like the picks I made? Let me know in the comments!