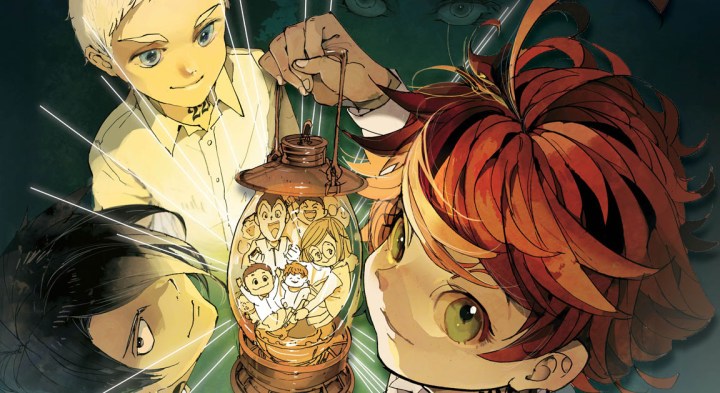 With Fall 2018 behind us, it’s time to focus on the new season of anime that is ahead.

Last winter was my favorite anime season to date, with series like A Place Further than the Universe, Yuru Camp and Violet Evergarden all airing at the same time. Can this year’s winter season compare to that?

Make your own conclusions as I will list the anime I am most likely to watch in Winter 2019, based on their PV, synopsis and genres.

It’s an isekai with a twist – the main character has been falsely accused of assault and is known by the world for all the wrong reasons.

He lacks the thrust of others, and lacks a proper weapon due to his status as the “shield hero”.

How is he going to fight with the weakest equipment and defend the same people that have deceived him? It’s gonna be fascinating to find out.

Here you can read my first impressions on this anime.

This has already been adapted back in 2000. I don’t know anything about that adaption, other than the fact that it exists. Hopefully this won’t be a problem going into the series.

All I know about Boogiepop is that the trailer looks amazing – as you would expect from something made by Madhouse.

Horror is one of the genres listed for this anime which should make it extra interesting because I don’t have a lot of experience with horror anime.

Probably the reason I took an interest in this is the main character’s wish to “convey something to someone” and become “recognized”.

The genres are music and action. Revue Starlight flashbacks, anyone?

This is another anime that has already been adapted before, but way back in 1969.

The premise is intriguing and the music. Oh my the music. I believe the song in the PV is the ending song, and I can already say I really love it.

Everything I’ve seen from this so far makes me think it is well worth watching.

I’m just gonna be honest here. This anime is on the list because of the eyecandy.

I’m not quite sure what to expect in terms of the story, or any other aspects.

Probably one of the strangest things I’ve ever put on my plan to watch list.

Isekai is reaching new heights. Never has it been made in a more realistic way.

I honestly can’t wait to see where will they go with this groundbreaking concept.

Every season has that anime with a well-acclaimed source material that a big part of the community is excited for. For Winter 2019, that’s The Promised Neverland.

I’m excited for it too. The synopsis is more than intriguing and any series where one of the main characters is voiced by Mariya Ise is bound to be fascinating.

At least that’s how I feel, since it’s the same voice actor for Hunter x Hunter‘s Killua and Made in Abyss‘s Reg.

A mahou shoujo anime with guns?

For some reason I’m interested. After all, Madoka Magica is among my all time favorite series.

And I haven’t actually seen a mahou shoujo anime since Madoka so why not give this a go?

What anime this winter are you looking forward to? Please let me know!