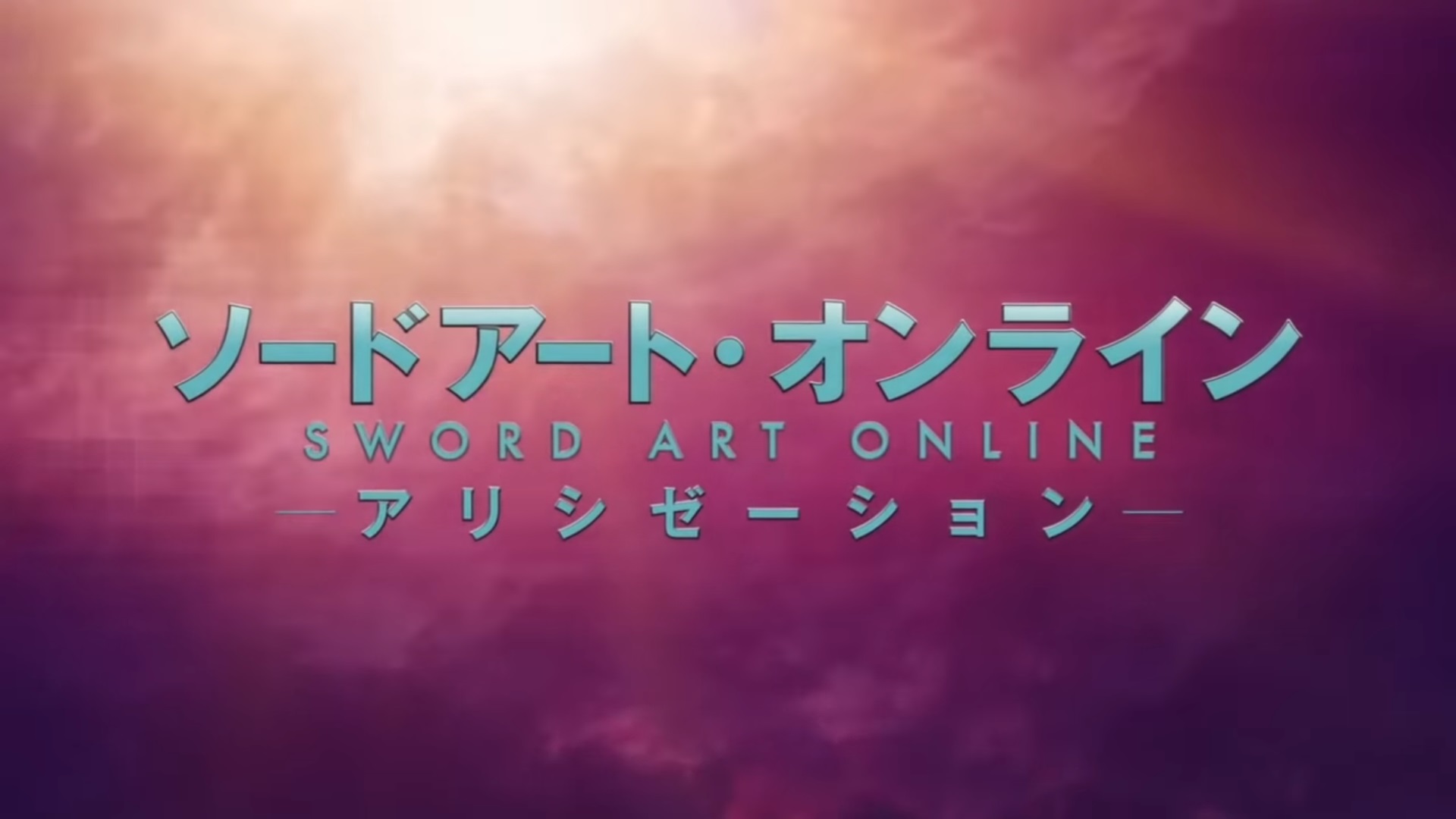 The one thing about Sword Art Online that even the haters would agree on is that the Openings and Endings are always great in the show. In Season 3, things are no different. LiSA and Eir Aoi have provided us with memorable songs once again, and ones that are well worth adding to your playlist.

While the music is awesome, the visual parts are far from lacking either. They feel as polished and clean as ever, with certain epic scenes that I’m sure will be replicated a lot by cosplayers.

Breakdown of the opening

The start of the sequence follows the young Kirito, Eugeo and Alice running on a field at dawn, with Alice tripping. This is a cute way to present the events of Episode 1, when Alice crosses a certain line by accident.

What follows is a bit of worldbuilding and a closer look at the three main characters of the arc. We see a clumsy side of Eugeo and another moment from the first episode, just after a certain fateful event.

Next we see two characters I can only assume are somehow involved in creating the Underworld system. Our side characters from the previous seasons are then shown. Sword Art Online more often than not gave very small screen time in their openings to the side characters, and this season is no exception.

Klein, Suguha, Silica, Lisbeth and Sinon are shown in a gray area of sorts, with very few actual colors. I don’t know but it just looks… slick and modern. And I really like it.

Asuna is introduced in a cool way, taking off her shades and standing on a ship. Can’t wait to find out what this is all about.

The next segment shows us that the Laughing Coffin is still here to bring trouble to our protagonists.

We then see an unidentified character who I assume is up to no good. Alice is then shown in armor. Looks like she wasn’t killed after the events of episode 1. Hardly surprising tho, since the season has been named after her and we have an exciting 50-ish episodes of it.

What follows is a photography including Shigemura Tetsuhiro (Yuna’s father from Ordinal Scale) and the god himself, Kayaba Akihiko. I’m almost certain Nobuyuki Sugou is there too. Were all of them involved in the creation of the Underworld?

We see Kayaba again, with what I can only assume is his wife. A baby is shown, which basically confirms Kirito’s theories on Artificial Fluctlights. Yui appears, before another shot of Tetsuhiro and Akihiko.

The song comes to its best part. Same for the visuals. That synchronization. So pleasing to watch. Nothing else I can add. So. Damn. Satisfying. I mean just look at it.

We see a character who I assume will fight with our protagonists in the future. But damn she is waifu material in my book. I love her design and I love that transition. Another “so damn satisfying” moment for me.

Kirito is seen looking in the direction of flowers which we get a close look of. I’m not sure what this segment actually means. Plenty of episodes in front of us to find out tho.

Another epic moment comes next. That handshake. We’ve never actually seen Kirito having a close friendship with a male character. Sure there was Klein and Agil, but I don’t think he was ever “best friends” with either of them. Alicization is here to change that, and this part of the Opening really shows what kind of relationship he will have with Eugeo. They just understand each other. Really well. No way they could do such an epic handshake otherwise. Friendship goals right there.

The Opening sequence ends with what I assume may be the Central Cathedral, and we have a small look inside of it as well. Eugeo and Kirito place their swords in theirÂ sheaths and they sign off, leaving us with the shot of them and Alice under the Gigas Cedar.

Sword Art Online season 3 has had me hyped, doing more or less everything right in the first 3 episodes. And oh they really got that Opening right. It feels like the best-crafted Opening or Ending sequence this franchise has ever offered. It hits all the spots. The music makes you excited and hyped for what is about to come. The visuals fit perfectly, they look beautiful and are memorable. Everything an Opening sequence needs can be found in the first Opening of Alicization.

What do you think of the first Alicization Opening? Is it your favorite Sword Art OnlineÂ opening so far? Are you impressed with the way season 3 has been done so far?