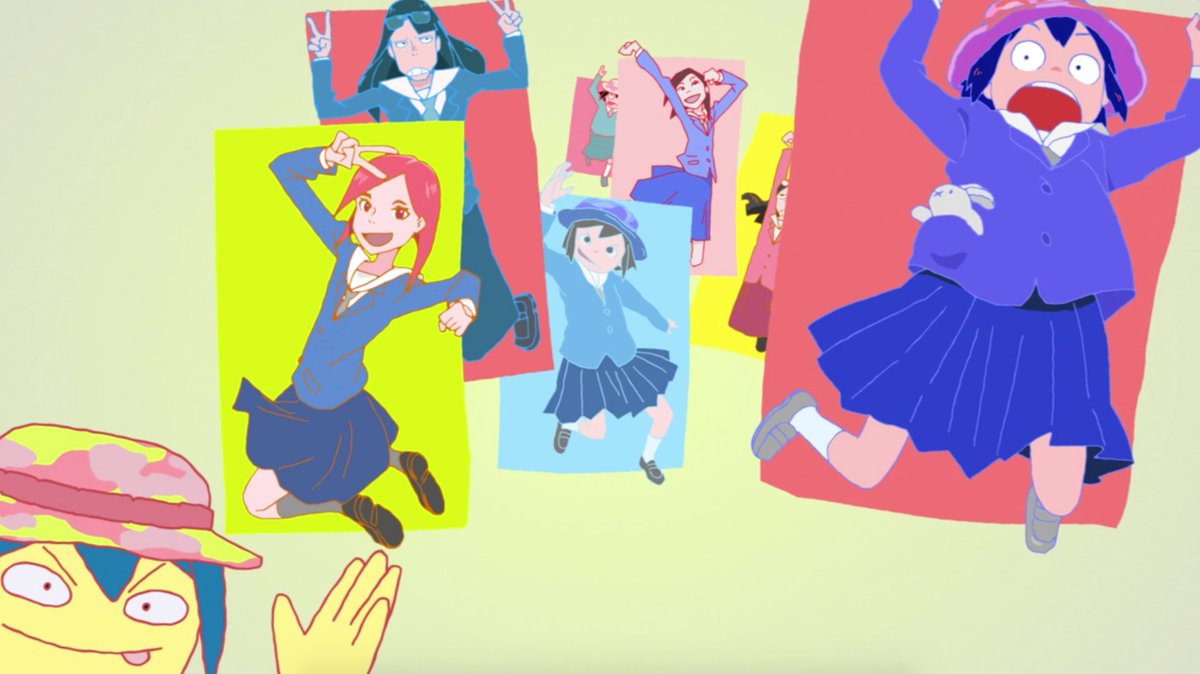 Toji no Miko Opening 1 (Save Me Save You)

Winter break sure feels like it was on a different timeline than this one… That was when I first watched Katana Maidens and really enjoyed it. It was evening on Christmas Eve and I wanted to watch an anime with cute girls. Shocking, isn’t it?

It wasn’t a flawless anime but nonetheless I have great memories watching it, and I would love to see more. This song radiates optimism, it gives me off that vibe of enjoying what you are doing, and enjoying your experience. Especially from the 1:17 part. Along with those visuals, it makes for a fantastic climax to the opening sequence.

Sleeping Akatsuki is cute. I love the concept of this sequence, memories of everyone appearing in Akatsuki’s dream, along with her reactions. Then she wakes up to Shiroe, and the sequence ends with that neat zoom to Akatsuki and out to the sky. The song itself is sweet and all of this makes for a cute and enjoyable ending sequence.

I have some totally unrelated memories related to the time when I was watching Log Horizon 2. It’s just how my mind works, I can end up relating anime with totally unrelated things if they happened around the time I watched the anime or its openings and endings. This is one of those cases and it has to do with the end of high school, preparations for the big finals, and how I almost ended up doing a dance performance at the final high school related event. What does that have to do with this ending sequence? I wonder too.

This opening takes me back to a similar time period as the previous one, more precisely May 2018. The song is simply a banger. The anime itself was fine, it was one of those “trashy” but enjoyable series. I kinda started it randomly, after seeing it has a character whose design I liked. I don’t have unrelated memories for the opening but I do have for the ending sequence.

We had a chance to donate blood if we wanted to. The morning before the scheduled time, I watched an episode or two of this anime and since then, the ending song reminds me of ‘that time I tried to donate blood’.

Tried, because, well… As soon as they saw that I wanted to donate blood, they rejected me because apparently I didn’t have enough weight. Two years later and honestly I’m not sure if I’d qualify today either.

I’ve been listening to this song a l o t recently. It’s probably in my top 3 most listened songs recently. The song manages to have a soothing and motivating effect at the same time. I love Iroha and Kyuubey running around the 0:30 mark. I love those subtle sounds in the background around the 0:35 mark. And can we talk about the way they transitioned into the opening sequence at the start of episode 8 cause that was brilliant. Moments like that are so satisfying.

Bloom Into You Ending (hectopascal)

Oh how much I would love to see a Bloom Into You season 2 to finish off the story. It’s an anime I have really fond memories of – my introduction to yuri. Until they hopefully announce that season 2, I’ll have to satisfy my needs for it by rewatching it again and reading the Saeki Sayaka light novels. Eventually I’ll buy all of the manga too if I really lose my hopes.

But regarding this ending sequence, it’s just so enjoyable. I can imagine it was so much fun recording that song. Visually it’s a simple but such a well executed concept.

Bonus content – people even made Claudine x Maya from Revue Starlight and Kyoko x Sayaka from Madoka Magica editions of this ending sequence. All versions are so adorable!

The name of the ending song says it all here – it perfectly portrays that feeling of fighting on, trying your best. Which is what Rei is doing in the sequence itself, trying to break free from the water.

I watched 3-Gatsu no Lion at the time when I started university. My memory related to this sequence is of that time when I tried waking up at 5:30am every day for a couple of weeks because I believed it would help my productivity. One of those mornings I listened to this song as a motivator for studying electrical engineering before leaving for uni the same morning.

What can I say, when the song really hits at the 0:50 mark, I get this reassuring, calming feeling. It’s like I took off in a rocket towards achieving my dreams. And the song before that feels like a buildup towards that taking off, it’s also kinda reminiscing at that first part, as if I’m leaving my doubts behind me.