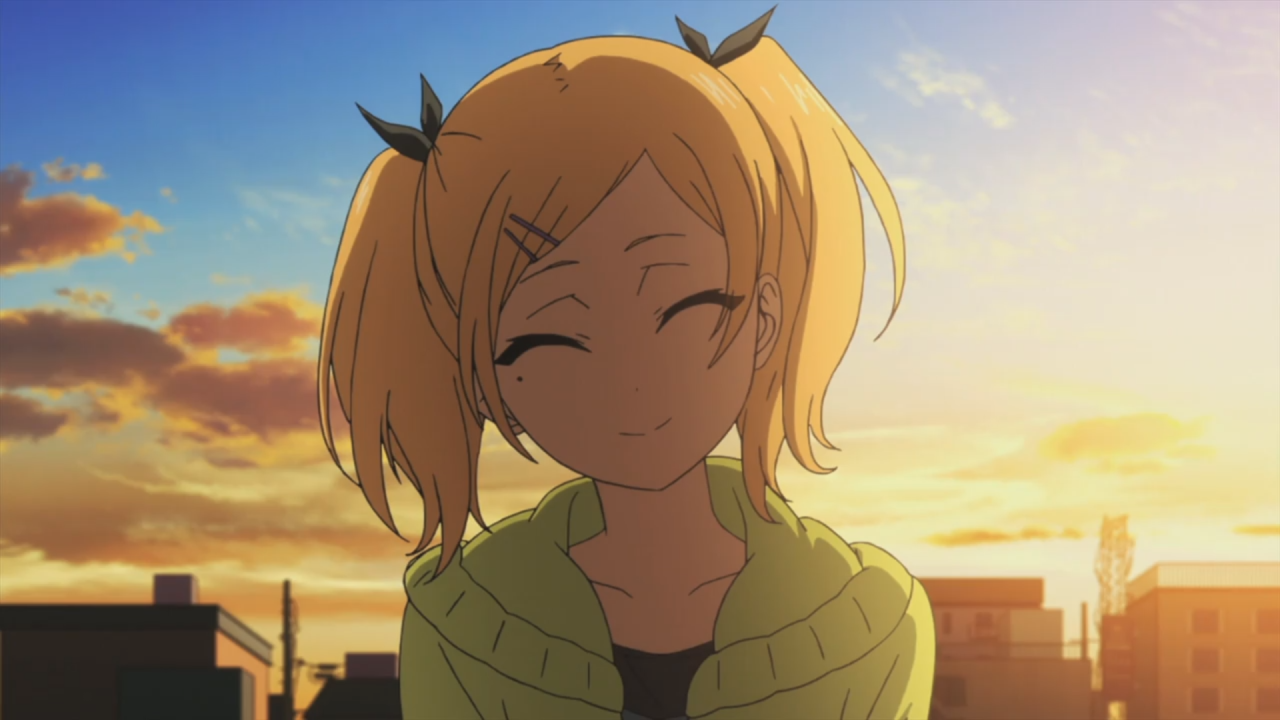 If you don’t know what this is about, here are the rules.

In accordance with the rules, here’s the official logo:

Well I guess Yuyuko Takemiya because Toradora inspires me in so many ways it would be too much to start writing about now. Also Yoshihiro Togashi is admirable with everything he does with Hunter x Hunter so he would be another candidate.

What aspect of your blog are you most proud of and why?

I’d say I’m proud of how I’m consistently posting every 3 days. It may not be as many posts as for some other anime blogs, but I’ve sticked with this “new post every 3 days” idea since the start of the year. Except ofcourse, February when I took the break because of exams.

Another thing is the variety of my posts? Or at least I’d like to believe that’s the case. I do lists, I break down openings and endings, I do more personal posts along with first impressions and other stuff too. I always aim to make each post unique and fresh, altho it may not look that way during the start of an anime season when there are a few more first impressions posts.

Of the artists who perform or write anime openings or endings, who is your favorite?

It’s never a bad opening or ending song when LiSA is the singer. But I also want to mention Yanagi Nagi, the singer of both the Oregairu openings, the Just Because! opening and the Irozuku Sekai ending. She has such a beautiful distinctive voice.

What anime series would you love to buy, but can’t because it’s not available?

Here I am talking about Toradora once again, but I can’t help myself. It’s available on Steam, and I would totally buy it to support the author, but it’s unavailable in Croatia.

I would also buy the PSP game but I don’t have the device and I sadly still can’t read full Japanese. But at least I can support the author by buying the manga volumes, and I’m slowly but surely collecting those volumes.

Excluding this site, what are three anime sites you follow regularly and why?

Which ofÂ Franchouchou’sÂ performances fromÂ Zombieland SagaÂ was your favorite and why?

I did once mention a certain Zombieland Saga performance as an honorable mention for this list. It was the legendary rap battle between Sakura and Saki. Epic is the only way to describe it.

Kotaro is the king of improvisation and I love how Yugiri randomly joins in with that shamisen.

I also really enjoyed this electrifying performance from episode 7. Their autotuned voices, the way they were shooting with the fingers, the backstory… It made for such a cool and memorable performance.

Within the last several seasons, what series had your favorite art style and why?

I think that would be Irozuku Sekai no Ashita Kara from Fall 2018 cause P.A. Works just made it look stunning.

Who am I nominating?

I think I’ll make it 4 nominations too. I nominate:

And now for my very own seven questions.

Thanks for reading and I hope my answers were somewhat satisfying.