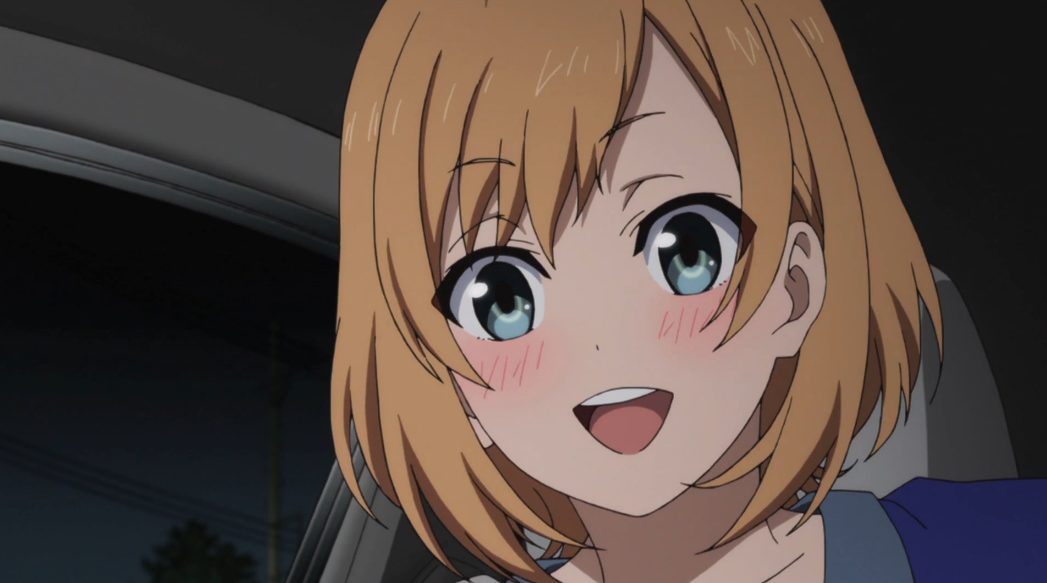 Now more than a month ago, Lynn was kind enough (thank you!) to tag me for “The Sunshine Blogger Award 2019”. It’s the third time I’ve been tagged in such a thing and it always makes me happy to be involved in such things as it makes me feel closer to the community.

So what is The Sunshine Blogger Award thing anyway?

And now for the…

What made you want to start a blog?

That feeling when someone genuinely enjoys what you posted, and when they tell you it actually helped them, inspired them, or made their day better in any way. That satisfying feeling after crafting a post you are somewhat satisfied with. The community aspect and new relationships with a bunch of great people…

Is what I’d like to answer. But truth be told, it’s not what made me start. These things I mentioned certainly motivated me to continue (even tho saying that feels awkward as I was just on a huge break) but they weren’t the reason I got into this.

The real reason probably sounds greedy, but the concept of doing what you love and making a living out of it was something that I really wanted to try. That’s what made me start, but the experience made me see that there are a lot more reasons to do this than just that.

Is there a story behind the name of your blog?

Another one that kinda feels awkward because basically… I want to change the name to something that has a bit more of my personality but I have absolutely no good ideas so far.

In any case, I called it tfwanime because I liked using “tfw”, it sounded cool to have the acronym in the name. And since I expected I will often be expressing a lot of “feelings” in the posts, it felt fitting. But now as I write that, I actually wonder what is a blog post without some kinds of “feelings” in them? Just a news article I guess…

Do you think youâ€™ll still be blogging in five years?

Is there any other medium youâ€™d like to try?

All such timely questions. YouTube has been on my mind for ages, I have a few AMVs on my channel, with the latest one uploaded just a few days ago.

And I’m not gonna lie. I want to shift most of my focus on video editing. This is why certain changes have been on my mind. I guess when the moment comes when I’ll finally have the full idea ready, you’ll know all about it.

That’s not to say I’ll stop blogging. But with my focus on video editing it’s gonna be extremely hard to keep posting every 3 days like I used to, and be “successful” at university at the same time.

What anime would best describe you?

There is no way I could just pick one. The P.A. Works Working trio has characters who found themselves in similar situations and/or are aiming for basically the same things. Chihayafuru has the main character with a similar complete dedication to their goals. (At least I like to believe that’s how I am and a few people did confirm it.)

Toradora also has main characters who I strongly related to, and then there is Hikigaya Hachiman from Oregairu who also simply wants a genuine connection with someone.

These would be my answers. And that’s without mentioning Sora Yori mo Tooi Basho whose characters all have something I related to as well, so that’s another anime to add to this already too long list.

What was the last anime you dropped?

Blend S. Quite honestly I found myself bored most of the time while watching it and the characters didn’t really do anything for me. The humor style was weird too. Yeah it’s simply not for me…

What anime surprised you, for whatever reason?

Chihayafuru has been surprising because it’s basically a new addition to my all time favorite list but I never really saw it being mentioned as something worth watching.

Bungou Stray Dogs surprised me with four 10/10 episodes at the start of Season 2. Not that the rest of the anime was bad but I rated Season 1 with “only” 8/10.

What is your second favourite anime?

Do you listen to anime music outside of watching anime? If so, whatâ€™s your favourite song?

Well yes even tho my music collection since 2017 has become very increasingly animeish.

But the answer to that question is Nessun Grado di Separazione by Francesca Michielin, an Italian artist.

Have ever admitted to liking anime and got a funny response?

I don’t have much of an idea how would a vampire apocalypse actually look so I’ll say zombie cause I guess I do have an idea for that from playing Left 4 Dead.

It’s been an inactive time for me, so I have no idea who already did this or not, sorry if you already did but anyway I’ll tag a few people:

Aaand for my own set of questions…