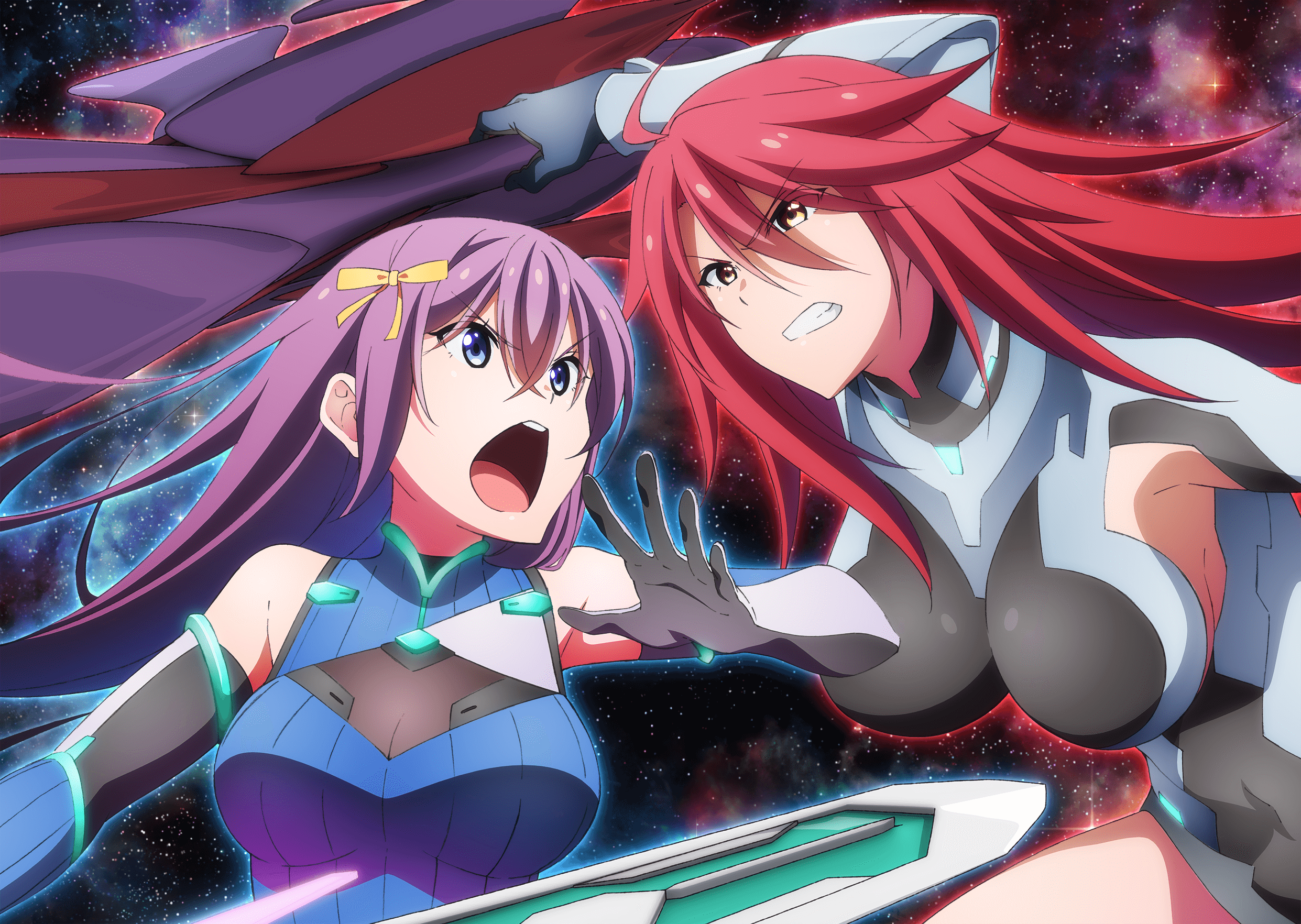 Sometimes I just can’t help but start certain anime for the eyecandy.

It happened with Harukana Receive in the summer, and it happened once again with Circlet Princess.

And for some reason, I’m pretty sure I’m not the only person taking a look into this anime for that reason.

But is there more to Circlet Princess than just the plot, as many would jokingly call it?

I’ll let you make your own conclusions on that…

The story is set in futuristic Japan.

“People’s lives have changed because of VR and AR, and a competitive sport has been born from these technologies called CB (Circlet Bout)”.

The main character, Yuka Sasaki, stumbles upon a realistic-looking ad for a Circlet Bout competition, and ends up meeting one of the best in the sport, Chikage Fujimura.

When Yuka came to watch the competition, she unexpectedly ended up participating in that same competition, fighting against Chikage Fujimura.

As the fight ended, there is a time skip and Yuka arrives into a new city. She wants to enroll into the school where Circlet Bout had first began…

…only to find out that same school does not have a Circlet Bout club.

Well, the character designs are great. But I doubt you are surprised to read that.

I didn’t have much of a problem with the animation. Some futuristic scenes, like when Yuka crossed the road were actually quite cool.

The music is decent, with the ending song being my favorite part of it all.

The story? I’m not quite sure what to say. I did not really like the cliches so far. Yuka saw a virtual model of Chikage Fujimura. She then bumped into that same person, and failed to recognize her. The difference from the model was that Chikage was wearing glasses and was in different clothes.

Then Yuka mistakenly ended up “playing” Circle Bout. And her rapidly quick adaptation to the sport just felt impossible to me. Her opponent Chikage was established as the best in the sport and yet she ended up having a tough time against a complete newbie who never even expected she will end up fighting.

Not much about the actual Circle Bout is known. What actually is this sport? How did it started? How does any of it work? I guess more will be revealed in the later episodes.

But I’m not sure if I actually want to stay for that. There is not a lot that makes me want to continue watching, except for the eyecandy. I will likely continue with this series for a while, but it is the Winter 2019 anime I am most likely to drop at some point soon.

What do you think about Circlet Princess so far? Have your say in the comments!