Skip to content
Home » The Promised Neverland Episode 10 – Surely Not 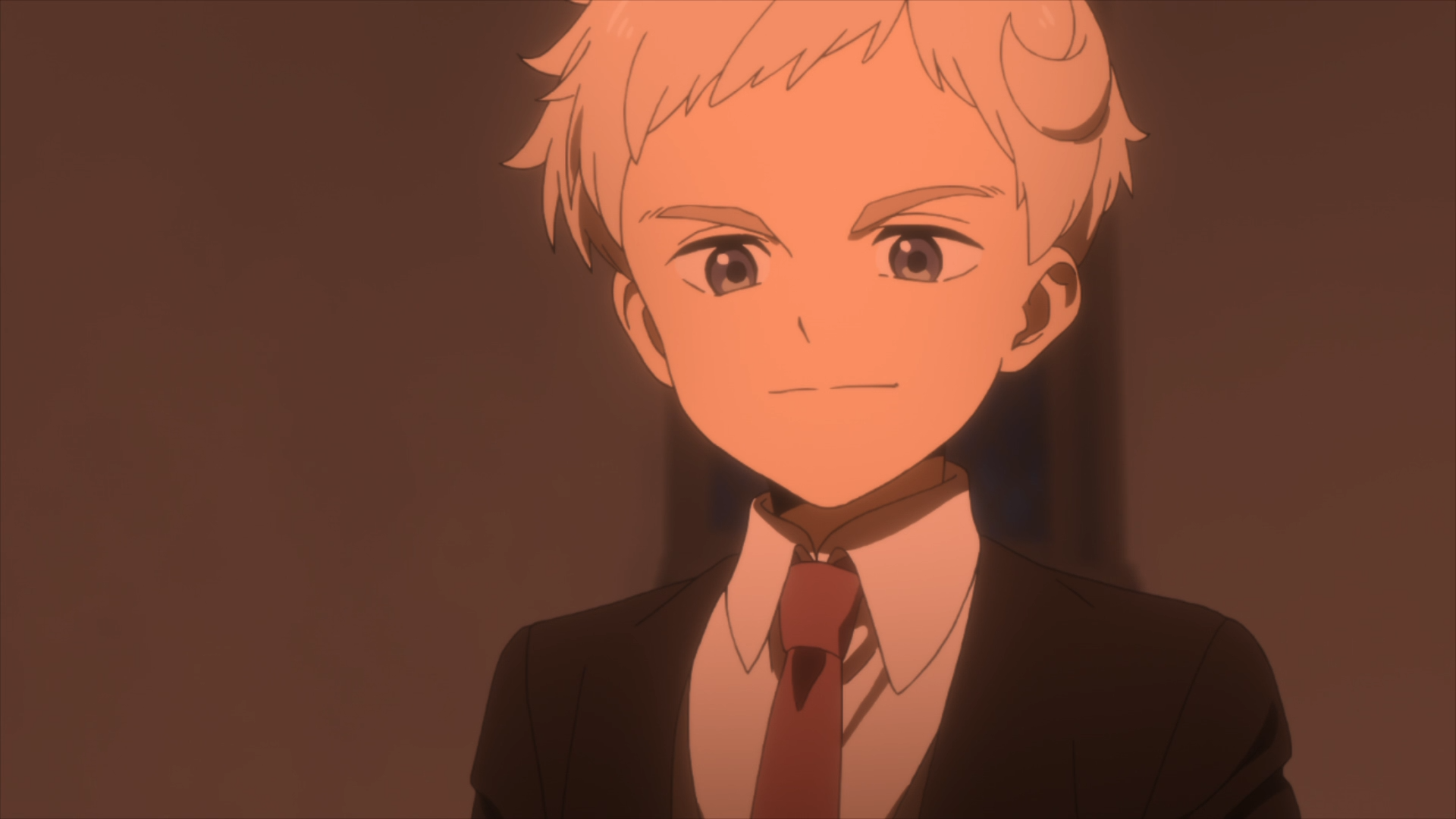 It’s been a while since I did an Episode review.

And the last time I did one, it was again for the tenth episode of an anime.

This time its about The Promised Neverland. I’ve been actually thinking of making such a post about this anime last week, but I decided to wait for the events of today’s episode instead.

But honestly, this anime has been so thrilling I could have written an episode review for every single episode because all of them had something shocking, and all of them left me desperately wanting to know what will happen next.

Episode 10 sees Norman leave Grace Field with mom because, ofcourse, he is about to get adopted by a new family and that’s all there is to it.

But before he leaves, he explains to Ray and Emma how hopeless the situation for the escape is.

Norman attempting to escape himself would not help matters for the rest of the children, so he decides it’s better that he sacrifices himself.

The only thing he puts into his suitcase is a pair of cups with a wire. A flashback showed this is what he and Emma used to talk with at the time when he was sick and no one was allowed to enter his room.

Such a cute, lovely flashback, but also so sad in the context it is being used in. We even get a younger version of Ray, the mastermind behind the entire cup concept. He was a bookworm since the start, I see.

Back to the present and Emma just refuses to give up, having one last try at somehow making Norman escape. But Norman has already made up his mind.

This is a face of someone who has accepted that he is about to get brutally killed.

And yet I somehow still don’t think it has actually happened. Surely not. Remember the rule – if they don’t show the body, it hasn’t happened.

We haven’t seen the body just yet. And this is Norman we are talking about. I’m not sure how he could possibly save himself from the situation he was in, but I still have this feeling that he somehow found a way.

As expected of children that have lost their long-lasting best friend, Emma and Ray are having a hard time getting over what has just happened.

Gilda and Don try to arrange a “meeting” about the future escape plans, but Ray seems to have lost all of his hope and drive.

The most emotional part of the episode for me was when he said he is “really tired”. This is a child that has been aware of the dark secrets since his very start. He was never supposed to know. And yet he had to watch so many children leave the place while knowing the fate that is awaiting them.

And then seeing someone like Norman leave for the same fate, despite the fact that he has been secretly trying for years to prevent that from happening… This was too much, even for someone like Ray.

But would it really be like Ray and Emma that they simply give up this way?

Clearly not, as they still seem to have plans.

Ray was seen reading loads of books. Nothing new from him. But remember the earlier episodes when they found some hidden hints in the books?

I have a feeling Ray must have discovered something new related to that. And Emma surely did not just sit depressed without trying to come up with new solutions and ways out.

And there is still Phil. Norman gave more hints that he is about to play a huge role in turning the situation around.

I still have no idea how could it possibly happen, but as the night before Ray’s shipment goes by, I’m dying to find out.

Why can’t Cloverworks just release a lot of episodes at once, just like Kadokawa did multiple times for Boogiepop?

Let me know your thoughts on episode 10 of The Promised Neverland* in the comments below! Do you still believe an escape is possible?