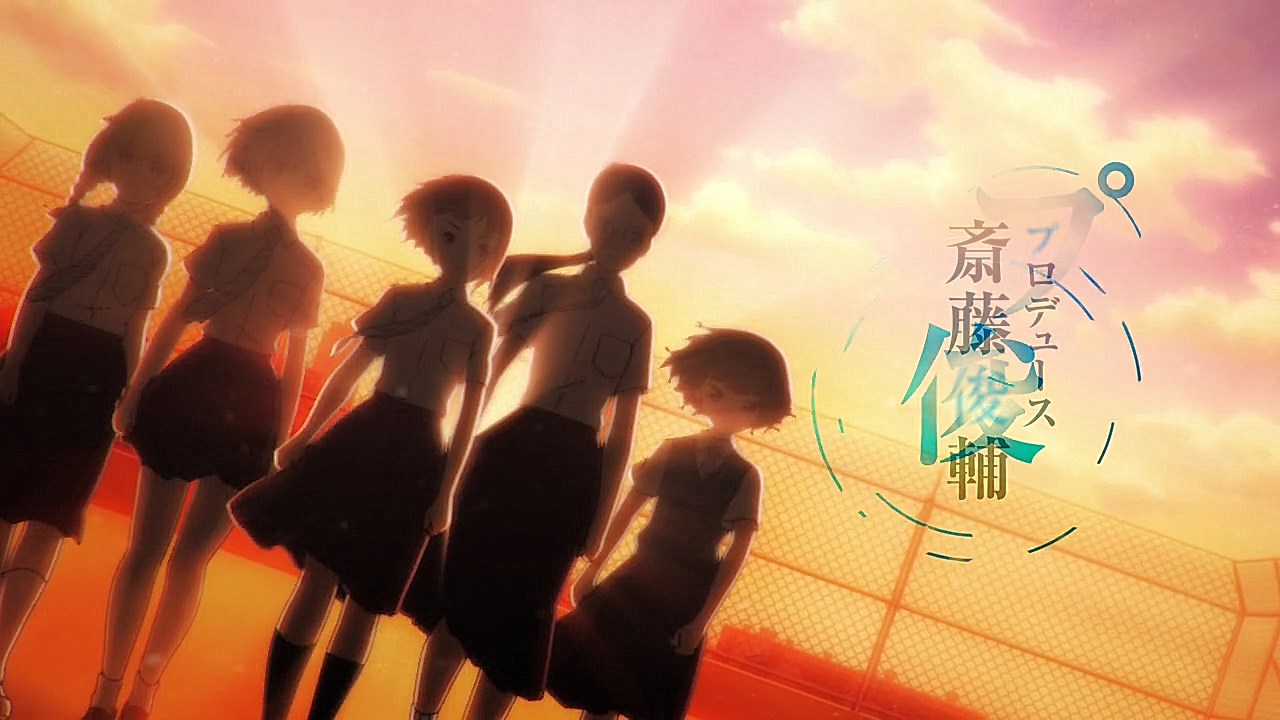 Time to continue my little anime look back on 2019. This time I’ll rank my favorite opening sequences. The concept remains the same, I’ll pick 3 of my favorite openings from each season, and then I’ll rank the 12 picks in a final top list. Only this time I’ll skip the part where I’ll separate the list into sequels and non-sequels because honestly in the context of anime openings it doesn’t really matter too much if its a sequel or non-sequel…

The Rising of the Shield Hero Opening 2

Shield Hero may have missed out on a spot in my top 12 anime of the year, but the same is not the case when it comes to anime openings. Both of the openings from this series would be a great pick, but I’ll limit myself to picking just one opening from a single series. This second one takes the first spot because of the feel of the song as well as the context of the anime… At the point when this opening was first shown, the characters from the series have started to realize they were wrong about Naofumi, and suddenly there was this increasing need for the four heroes to finally start working together. Basically this opening was like an indication that things could finally start getting a bit better.

The Rising of the Shield Hero first impressions.

This opening song is incredible, catchy and memorable. It works so well to increase the hype levels, especially when Ray, Emma and Norman gather their hands on top of each other, with Emma’s confident facial expression. Just that scene alone made me so excited to see what is their plan to escape, even if literally the next few seconds after that moment actually serve as a good way to foreshadow what happened. Another thing is something that could just be a coincidence, but around the 20 second mark, when the title of the anime is shown, Norman is the only one crossed by the line, and his head is perfectly aligned with the Japanese letter “no”, and guess what, his name starts with “no”. You could even think of it as them telling you that “no”, he won’t be among those who escape. Ok I’m probably looking too much into the whole “no” thing but in terms of Norman’s body being crossed by the line… I could see that being a nice little deliberate touch.

It was hard not to pick Kaguya’s opening or even the Boogiepop opening, but Mob Psycho II takes the final spot here. I just couldn’t ignore the cool visuals from this opening, which is basically entirely filled with those. My favorite moment is probably around the 43 second mark, with the Body Improvement Club in action. I also love how the sequence ends with the message “Your life is your own” written out. It doesn’t seem to be a common thing to write out the song lyrics in an anime opening, and I’m very welcome of the idea.

If you read my post from a few months ago, 7 more openings and endings that make you feel everything will be alright, you may recall that Fruits Basket’s second opening was on that list. Allow me to be a bit lazy and just quote myself from that post, because I don’t have much to add to my previous words on this sequence.

This makes me smile all the way through every single time. To put it simply, everything from the song and the visuals just makes me so happy. I love the umbrella theme and the different designs each character has. I love going through the sequence and seeing each character being introduced.

I also love how it ends with Tohru running towards all of the characters and then all of them throwing their umbrella in the air. To say I don’t mimic some kind of an umbrella throwing move every time at the end would be a lie.

Except a comment about the colors. Pink background around the 56 second mark. Each character is represented well with the color of their umbrella. Brief checkboard segments with pastel colors. So much things to love about this sequence.

You couldn’t really get a bigger contrast between the themes of this anime and the previously mentioned Fruits Basket. And yet they both have the same thing I will comment on: colors.

There is a notable colder tone of the colors in this sequence. The transitions (through the first part) have a gradient of the colors that are “splashed” on the screen. I love this because it works so well with the mood of the song at that part of the sequence. This song is like a mashup of the previous Linked Horizon openings and endings and I can’t deny I’ve had a period of playing this opening non-stop. The way the song picks up and runs towards the end is incredible – and all those flashing scenes before a final cut to the basement with those guitar notes… What a way to hype the basement reveal.

Kono Yo no Hate de Koi wo Utau Shoujo YU-NO

The reason this opening is here is simple – the way the song picks up around the 50 second mark. The series itself had potential at the time travel part of the story, but it wasn’t without its issues. And with the emphasis on fanservice, it’s understandable why Yu-No kinda fell off the radar.

This is another opening from 2019 that was included in that post I mentioned. (7 more openings and endings that make you feel everything will be alright). Can I cheat once more and just quote myself?

There is a hint of melancholy in this song as well as a feeling of empowerment and liberty. I also love the way that instrumental part at the beginning was used, with the characters reading out lines as they would in their school literature club. That same instrumental is, by the way, how do I describe it, heavenly. Full of lovely visuals as well, there is so many things to love about this opening sequence.

It reminds me of that time when I went on a multi-day solo trip and I smiled in the bus with this song playing. This song also got me to check out other songs by the artist, CHICO with Honeyworks, and let me tell you, they have some lovely music. And music videos, not the least the one for this particular song. It’s actually a part of an ongoing story told through their music videos and I really love that concept.

How do I put it. This song feels like the embodiment of rising from the ashes, or building everything from zero. Which, guess what, Dr. Stone very much is all about. It’s motivating and empowering. There are cute visuals of Kohaku and Ruri around the 30 second mark. I love how they added the scene from the 1 minute 22 second mark. And I don’t really know what else to add, I just really love this sequence.

Back in the time when I still watched Fire Force every week. Not that I dropped it, but I still haven’t seen its new opening sequence, that’s how behind I am on it. As for this particular opening, I don’t really have much to say, other that it’s just a great song.

In my top anime of 2019 post, BNHA suffered from my “3 from each season” system. Without that, I think it would find itself on my list. But in terms of openings it managed to avoid this problem. It’s a really good song, fitting for the mood of the season. I especially love the scenes from around the 1 minute 8 second mark, with Deku trying to catch Eri during the dusk. I’m still not the biggest fan of that scream at the end though.

Since the last time I wrote about Stars Align, the final episode aired and we found out the anime was actually supposed to be 2-cour if it wasn’t for some really unusual circumstances. It’s really a pity, because this anime had amazing potential and I really wanted to see the rest of the story for these characters. Maybe one day, hopefully, I guess.

During the last episode, they abruptly stopped the opening around half-way through. At first I thought it was to indicate that things are about to go bad in the story, but now when I know the situation in terms of the anime, I think it could be a way to symbolize the situation. It makes sense – an abruptly cut opening for an abruptly cut anime…

Why is this opening one of my picks though? It’s just a nice calming and kinda motivating song. I also love how they played with the colors and the silhouettes.

Always expect great songs from SAO. Alicization WoU did not disappoint in that respect. Haruka Tomatsu, the voice of Asuna, fittingly sings the opening song. I just really enjoy her singing voice. In terms of the visuals from this opening, I especially like Asuna reaching out around the 12 second mark, the old SAO crew joining in around the 46 second mark, and the whole mood at the end, with Alice walking towards the red sky.

And so it’s time to rank those 12 picks. Before that though, the best season for anime openings in 2019? This is probably another title that goes to Summer. Although this is a bit trickier because a few of those openings have actually been first shown during a different season than the anime started in. For example, Fruits Basket’s second opening was first shown during the Summer season instead of Spring when it first started airing. Would this then be a point for Summer? I’m not really sure, but just looking at the three picks from each season, Summer takes the win.

One last thing: Happy New Year (and decade) to everyone reading this! This is my 80th post, 57th in 2019. That would mean I did almost 5 posts on average every month. It doesn’t say the full story on my consistency ofcourse, and in the recent months it’s been less than at the start of the year (sorry) but it’s still a decent number in my book. I hope I could bring you something of value through these 57 posts in 2019!

And now, the ranking!